China clamps down on polluting factories

China has stepped up its national programme of environmental inspections. While the campaign could offer a chance for the country to clean up its air and water, and upgrade its production and energy efficiency, there is a possibility that overzealous enforcement may have overstepped legal boundaries, which could jeopardise the long-term environmental protection effect.

The ‘environmental storm’ formally kicked off early this year, after new rules on pollution emission permits were issued by the State Council, China’s cabinet, last November. That authorised the environmental protection ministry and its local branches to immediately close polluting factories. Previously, environmental authorities could only fine polluters, and the inspection effect was largely offset by half-hearted local governments seeking to protect their corporate tax revenues. This time, however, the clampdown is decisive. Violating polluters face closures ranging from three-months to permanent and potential imprisonment. 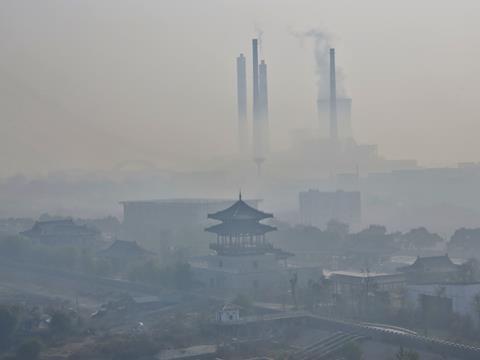 ‘The current environmental storm is the harshest measure the government has ever taken against polluters,’ says Liu Chunlei, director of environmental organisation Shanghai Qingyue.

The campaign is focused on China’s main economic and manufacturing centres. In the Beijing–Tianjin–Hebei area, the key goal is to reduce the haze from air pollution. The Ministry of Environmental Protection (MEP) vowed to decrease the concentration of PM2.5 (particulate matter with diameter less than 2.5µm) by 15% this winter compared to the same period last year.

The environmental action was coordinated with safety inspections, which can also close potentially hazardous factories, as well as government production capacity control measures to cut economic oversupply. In Beijing–Tianjin–Hebei alone, 5000 enforcement officers have been deployed, and state-run media suggested up to 174,000 factories in the area could potentially be closed by the end of September.

At its regular news conference held on 31 October, the MEP did not indicate how many of these 174,000 factories had actually been shut down. However, the agency boasted that the PM2.5 concentration in the region had decreased by 4.6% from the previous year.

The clampdown has seen tens of thousands of workers lose their jobs, and dramatically pushed up the prices of raw materials and industrial products, because of supply shortages.

However, Liu worries that some closures may not have been fully implemented in accordance with laws. His firm, Shanghai Qingyue, previously focused on environmental monitoring by collecting and analysing open data. But during the recent environmental storm, it partly refocused to study the legal issues related to the clampdown and collected numerous cases of potentially illegal forcible closures.

The organisation submitted a petition to urge the MEP to clarify the legal basis of its clampdowns, but the agency has not responded. The environment minister Li Ganjie, however, told a news conference during the Chinese Communist Party’s 19th national congress that his ministry is not over-enforcing the environmental protection laws. Rather, it corrected the inappropriate law enforcement measures by local governments once they were identified.

According to Liu, another potentially problematic consequence could be some localities implementing closures more strictly than others, creating unfair competition. ‘Cleaning up our environment is of course warmly welcomed, but if it is not implemented in accordance with the law, the long term effect could be a problem, just as previously when local governments violated the laws to protect tax-contributing polluters,’ Liu says.