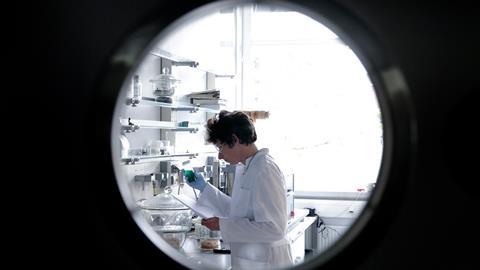 China has 600 outposts across the world to recruit scientists

The Chinese government has built a network of 600 international outposts across the world to recruit foreign experts and scientists in order to acquire advanced technology and protected intellectual property, the Australian Strategic Policy Institute (ASPI) has claimed. These talent recruitment programmes have been extremely successful, getting almost 60,000 overseas professionals to sign up between 2008 and 2016, according to China’s own statistics.

In a new report, the ASPI, a thinktank founded by Australia’s government, has created a database of 600 overseas talent-recruitment stations to illustrate the international reach of the Chinese Communist Party (CCP). The outposts are contracted out to organisations or individuals who are paid to recruit overseas scientists, and they might have no clear physical presence or be co-located with the organisations contracted to run them, the ASPI explained.

These stations are a growing part of China’s talent-recruitment infrastructure, which includes the ‘Thousand Talents’ plan, the report, which was part funded by the US State Department, noted. The outposts may receive instructions to target individuals with access to particular technologies, or be paid up to A$30,000 (£16,400) annually plus bonus payments for each successful recruitment.

Unsurprisingly, the US is the main country targeted, with 146 of the 600 stations located there. The second highest number are in Germany and Australia, each with 57, followed by the UK with 49. Other outposts are found in Canada, Japan, France and Singapore. ‘In addition to the US, it’s likely that more than a thousand individuals have been recruited from each of the UK, Germany, Singapore, Canada, Japan, France and Australia since 2008,’ the report concluded.

In the US, for example, the ASPI cited an investigation by Texas A&M University system that found more than 100 staff were linked to China’s talent recruitment programmes, only five of which had disclosed the connection despite a requirement to do so. That level of misconduct hasn’t been reported in other countries, the thinktank said.

On 24 August the US Department of Justice (DOJ) announced the arrest of Texas A&M chemical engineering professor Zhengdong Cheng on allegations of obscuring his affiliations and collaborations with a Chinese university – Guangdong University of Technology – and at least one Chinese-owned company. Cheng led a team conducting research for Nasa, and the terms of his grant prohibited his participation or collaboration with China or any Chinese-owned company or university, the DOJ explained.

According to the criminal complaint, Cheng aimed to personally enrich himself by more than $86,000 (£64,000) in Nasa grant funds, gain access to the unique resources of the International Space Station, leverage Nasa grant resources to further the research of Chinese institutions and become a Thousand Talents participant. To do this he had to hide his affiliations with the Chinese government and private Chinese companies from Texas A&M, as well as Nasa.

‘China is building an economy and academic institutions with bricks stolen from others all around the world,’ said Ryan Patrick, US Attorney for the Southern District of Texas. ‘While 1.4 million foreign researchers and academics are here in the US for the right reasons, the Chinese talents programme exploits our open and free universities,’ he added. Patrick said these conflicts must be disclosed by academics when they exist, and warned that the DOJ will ‘hold those accountable’ when such conflict violates the law.

The ASPI report advised governments around the world to, among other things, ensure that recipients of government research funding are required to disclose participation in foreign talent-recruitment programmes. The organisation also urged governments to establish a public database of all external funding received by public universities and their employees, and require universities to submit and update such data.

Among the ASPI’s other recommendations are that research institutions worldwide carry out a comprehensive and independent audit of staff participation in Chinese talent-recruitment programmes, and strengthen existing staff travel databases to automatically flag conflicts with grant commitments and contracts. Its report further suggested that participants in such Chinese plans should be required to submit their contracts with the foreign institution and fully disclose any remuneration.

Meanwhile, the US State Department is advising US colleges and universities to divest from Chinese holdings in their endowments, warning them in an 18 August letter to act before it’s too late. ‘The boards of US university endowments would be prudent to divest from People’s Republic of China firms’ stocks in the likely outcome that enhanced listing standards lead to a wholesale de-listing of PRC firms from US exchanges by the end of next year,’ wrote Keith Krach, the agency’s undersecretary for economic growth, energy and the environment.

Krach said government agencies are accelerating investigations at universities for illicit PRC funding of research, intellectual property theft and the recruitment of talent. He cited the indictment earlier this year of Charles Lieber, the former head of Harvard University’s chemistry department.

Lieber was arrested in January for allegedly lying about his participation in the Thousand Talents programme where he was awarded $1.5 million to establish a research lab at Wuhan University, and failing to disclose being paid $2.25 million over three years. He was indicted in June, and faces up to five years in prison if convicted.

Krach also pointed to the case of long-time University of Arkansas professor Simon Saw-Teong Ang, who was indicted by a federal grand jury in July on 42 counts of wire fraud and two counts of passport fraud. This was in relation to his alleged failure to disclose his participation in the Thousand Talents plan while receiving Nasa funding. If convicted, he faces up to 20 years in prison for each wire fraud count and 10 years in prison for each passport fraud count.