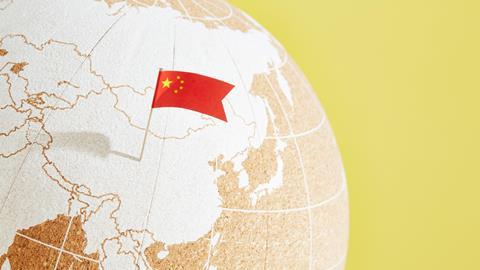 China has surpassed the US to become the world leader in producing the highest-impact scientific research, according to new analysis based on the Web of Science (WoS) database and published in the journal Scientometrics. Experts argue, however, that China’s greater publication output and citations doesn’t necessarily mean that it is generating more high-quality science than the US and other nations.

The new study, carried out by a three-person research team from the US, Europe and China, shows that Chinese research ranked as high as or higher than US work in the top 1% of scientific studies in 2019, after passing the EU by this measure in 2015.

The team examined the WoS database, which provides comprehensive citation data for a wide variety of scientific disciplines, and found that 1.67% of scientific articles with Chinese authors were in the top 1% of the world’s most highly cited articles in 2019, compared with 1.62% of articles with US authors. In 2018, the US was slightly ahead of China.

As papers in some scientific disciplines are generally cited much more frequently than those in other fields, researchers have traditionally relied on ‘field normalisation’, which averages citation data in such a way that accounts for these statistical differences and allows two fields to be compared side-by-side. By that measurement, the US is still the leader in producing top 1% papers, but the researchers involved in the new study argue that weighting papers differently by scientific field is not useful to compare the overall impact of one nation’s science versus another.

Instead of weighting citation results differently for papers in separate fields, the new analysis combined publications in all fields and then calculated how nations compared using the raw citation data.

‘We feel strongly that we have a better way to measure the impact of research when comparing nation-to-nation output,’ said study co-author Caroline Wagner, a science policy and R&D investment expert at Ohio State University. ‘These are the works that are seen as being in the class of Nobel prize winners, the very leading edge of science,’ she continued. ‘The US has tended to rank China’s work as lower quality. This appears to have changed.’

Denis Simon, who directs Duke University law school’s Center for Innovation Policy, says there are emerging pockets of scientific excellence in China. But he notes that a lot of the research performed in the country cannot be considered radical innovation or disruptive research, but rather incremental or derivative work that builds on already-established science. He also stresses that the importance of considering who is citing whom, warning that ‘citation nepotism’ can happen where people band together to bolster one another’s citation numbers.

Mark Cohen, director of the University of California, Berkeley’s Center for Law and Technology, is also sceptical about the new conclusions. He cautions against using non-disaggregated data on China’s scientific accomplishments. ‘Not all technology sectors are equal in value. China has long been a leader in certain fields,’ says Cohen, who has worked at the US Patent and Trademark Office as senior counsel for China. He further suggests that the Chinese data is affected by support and interventions from the Chinese government, including making promotion, tenure, PhD awards and other rewards contingent on scientific publications.

Cong Cao, an expert in China’s science, technology and innovation at Nottingham University in Ningbo China, is not surprised that China is now producing more of the most highly-cited research than any other country. ‘Given China’s increasing investment in scientific research, compounded by the country’s large pool of postgraduate students who are required to publish in WoS-indexed journals for their degrees, if this taking over did not happen in 2019, it would definitely happen in a later year,’ he says.

‘Highest-impact publications are one thing, whether these publications represent genuine breakthroughs in science is quite another,’ Cao tells Chemistry World. ‘Let’s see whether Chinese scientists will be rewarded with prestigious awards such as the Nobel prize in the coming years and decades.’

‘Although the incentives given to Chinese researchers to publish have led to an increase in the proportion of publications from China, it has also led to a large proportion of retractions from papers by Chinese researchers,’ notes research fraud expert Elisabeth Bik. ‘For me, that is the biggest concern, because it might taint – or perhaps already has tainted – the reputation of research from China. The Chinese government has to take a strong stance against fabricated research or they might quickly lose their top position in scientific research.’

In chemistry and related fields, China is performing well, according to Xiaotian Chen, an electronic services librarian at Bradley University in Illinois. He points to the US News and World Report’s recent analysis of the 2022 Best Global Universities Rankings, which is primarily based on publications, citations and research reputation by subject. Two Chinese universities are ranked in the global top 10 for chemistry, six are top 10 for physical chemistry and eight are top 10 for chemical engineering. By another measure Chinese chemistry overtook the US in 2017.