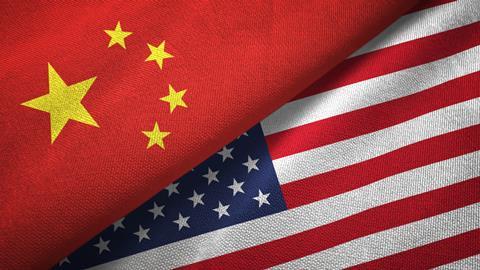 China has overtaken the US to become the biggest producer of high quality chemistry research, according to a Nature ranking. China has seen an almost 18% growth in published research since 2017, while the US’s output fell by 6% since last year.

This is the first time China has topped the Nature index, which tracks countries’ contributions to papers published in 82 leading journals. The ranking had been led by the US for three consecutive years. In November, China became home to the second largest number of highly cited researchers, behind the US.

All other top 10 nations – Germany, Japan, UK, France, South Korea, India, Canada and Spain – have kept the places they occupied since 2017. All these nations – except Spain – saw a drop in publications. The largest drop was recorded by Japan, a decrease of almost 13%. Spain, however, saw a moderate 1.3% growth in chemistry publications.

China is pushing to further increase its research output, for example by trying to recruit Chinese academics based overseas and by offering cash bonuses to domestic scientists for publications in prestigious journals. However, the country also has seen a string of scientific fraud scandals and has the seventh highest retraction rate when measured as a percentage of published papers.