Closing the window on air pollution 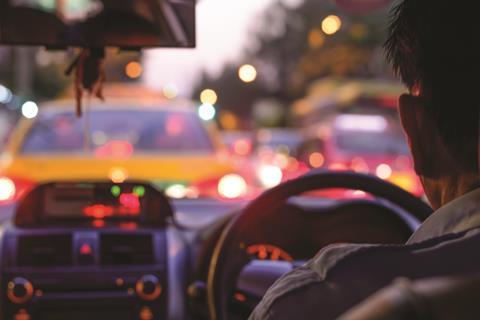 Sitting in traffic is bad for your lungs, but closing your car windows and switching off the fans can minimise the amount of micro-size pollution particles you breathe, scientists from the UK found.

Air pollution is a major health risk. The World Health Organization estimates that it caused 3.7 million premature deaths in 2012. Last year, a group led by Prashant Kumar from the University of Surrey, UK, showed that drivers stuck at traffic lights are exposed to 29 times more harmful pollution particles than those driving in free flowing traffic.1

Now Kumar’s team has found out how to minimise drivers’ and pedestrians’ exposure to airborne microparticles in these pollution hotspots.2 Driving a Ford Fiesta with an aerosol spectrometer mounted on the back seat through the 137,000-inhabitant town of Guildford, the team measured the concentration of coarse and fine particles outside and inside the car. While avoiding pollution hotspots altogether isn’t always possible, ‘the best ways to limit your exposure are to keep windows shut, fans off and try to increase the distance between you and the car in front,’ Kumar says.

Pedestrians are also affected. Taking stationary particle measurements at different distances from the intersection, Kumar’s team showed that the area of increased air pollution around traffic lights extends beyond the road. Frank Kelly, chair in Environmental Health at King’s College London, UK, says that ‘pedestrians crossing such routes will also experience increased particulate pollutions levels and should consider crossing the road away from such junctions’.

Doug Brugge, from Tufts University School of Medicine, US, who investigates health risks caused by pollution, feels that following the Kumar’s advice to the letter may be unrealistic. ‘It’s a hot day and you want me to close the windows and turn off the air flow. Am I going to do that? Even with all that I know, I’m not sure I would, because it would be very uncomfortable.’ He suggests that improving the quality of car ventilation filters may be more successful in reducing exposure.