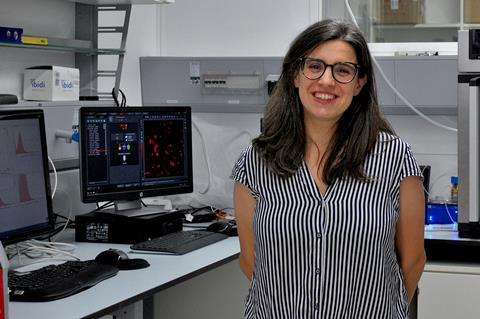 ‘It was kind of crazy,’ laughs Beatriz Pelaz as she describes her colourful academic journey. ‘But I did it, and it worked out.’

‘Worked out’ is certainly an understatement – this year Pelaz was awarded the Royal Spanish Society of Chemistry’s Young Researcher prize in recognition of her outstanding early career trajectory. In 2017 Pelaz and Pablo del Pino co-founded the BioNanoTools group at CIQUS, Spain, one of several co-led research groups within the department. The group includes researchers from across the sciences and develops smart nanomaterials for medical and biological applications. However, this is a far cry from where Pelaz began. 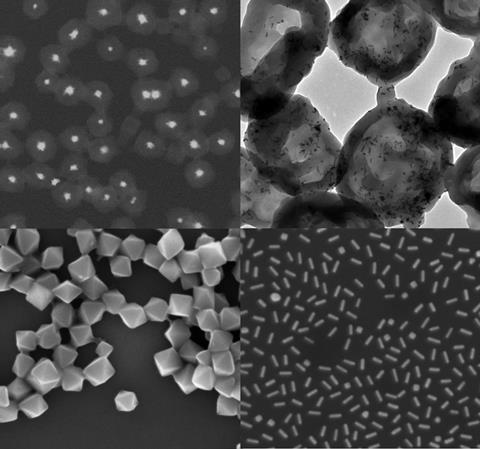 One strand of the team’s research involves designing thermoresponsive materials

‘I was actually doing a master’s degree in organometallic chemistry,’ she remembers. ‘But I became more interested in the biological side.’ Pelaz then made a bold decision: she moved to Zaragoza to begin a biochemistry undergraduate degree at the same time as starting a PhD. Here, her work with Jesús Martínez de la Fuente, researching carbohydrate synthesis for the biofunctionalisation of nanoparticles, introduced Pelaz to nanotechnology. ‘The field was totally new for me at the time, and also very multidisciplinary. I was really excited by it.’

Zaragoza was also where she met del Pino, a biophysicist who joined the de la Fuente group. After five years of working together for different supervisors across Europe, the pair decided to set up a joint research group, combining their expertise to work towards a shared goal. ‘People find it difficult to understand why we wanted to have equal positions in a single group,’ comments Pelaz. ‘From time to time we get pressured to separate the groups, but we believe we are more efficient when we work together.’

Fundamentally, nanotechnology comes down to a matter of size – at the nanometre scale, many materials exhibit interesting size-dependent properties including optical, electromagnetic and fluorescence characteristics. Importantly for the BioNanoTools group, nanomaterials are also at the correct size to interact directly with biological systems such as cells, proteins and antibodies. ‘The challenge in bionanotechnology is to get a truly efficient nanomaterial – you design a material to perform an action and you want this action to happen in a very specific area,’ explains Pelaz. ‘The overall aim of our group is to make smart, efficient, remote-controlled nanomaterials that can be switched on or off using external stimuli.’

With such an interlinked field, the advantage of diverse academic backgrounds is obvious. Pelaz and del Pino share responsibility for all group projects but drive different research lines as fits their skill set. This collaborative mindset is mirrored throughout the group where students are encouraged to develop skills beyond their speciality. ‘We have people from many academic backgrounds, and I think this is very enriching,’ says Pelaz. ‘Different employees will have points of view, which are providing solutions from different perspectives.’ 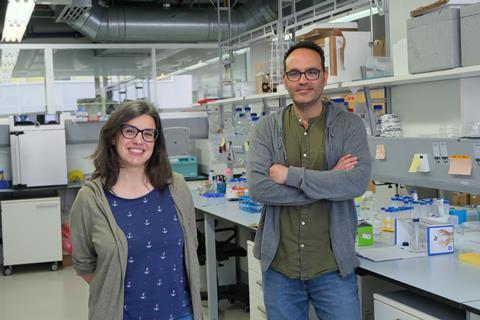 It is perhaps this bedrock of varied knowledge and experience that gives the team both the confidence and skills to tackle bionanomaterials from so many angles. One of the largest research lines in the group focuses on designing biomimetic nanocomposites for drug delivery. Antibodies are loaded into a cell-derived plasmonic nanomaterial, which is doped with gold nanorods. The team allows these composite nanomaterials to internalise into living cells where they remain dormant until activated by a specific wavelength of light. ‘By combining these two abilities, the biocompatible plasmonic properties and the thermal abilities of the gold nanorods, which absorb light, we can induce controlled release of the antibodies,’ says Pelaz.

But like all researchers, Pelaz also has a favourite project. Using DNA origami, she hopes to create nanoprinters that can functionalise the surface of nanomaterials with exquisite control. DNA strands can be folded with almost atomic precision to form highly specialised 3D structures that the team is trying to adapt to print ligands onto the surface of nanoparticles, for example, to mimic the protein patterns expressed on viral membranes. ‘This is a very fundamental study,’ explains Pelaz. ‘I would like to understand how the spatial distribution and number of ligands can determine the biological fate of nanomaterials.’ One year in, this project is still at a very early stage, but the team hope that it will ultimately help them design more efficient nanomedicines.

The BioNanoTools group certainly seems like a vibrant and stimulating research environment. But whilst the science is obviously important, it’s clear that the people define the group for Pelaz. ‘For us, it’s critical that people feel comfortable in the lab, that they learn, but also enjoy it,’ she smiles. ‘I think my favourite thing about the group is that we are really gathering people with different backgrounds. That for me is great because as a bunch of chemists alone, we would not be capable of achieving or developing the approaches that we are currently working on.’