MIT’s Klavs Jensen tells us how his research ranges in size from a chip, to a fridge to a shipping container 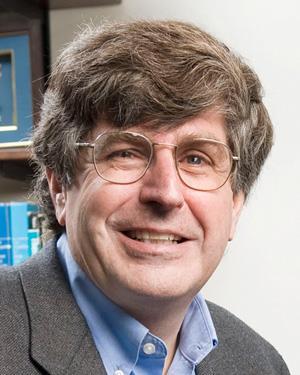 ‘Back in the early 90s, a graduate student came across my doorstep and said: “I would like to do a PhD with you”,’ recalls Klavs Jensen, a chemical engineer and former head of chemical engineering at the Massachusetts Institute of Technology (MIT), US. Not an unusual occurrence for any successful academic. But when the student in question, Ravi Srinivasan, wants to build a chemical plant on a chip, then the request makes for a unique proposition.

Before Srinivasan’s knock on the door, Jensen had been researching chemical vapour deposition and plasma processing. ‘But always with an interest towards both what happened chemically as well as the engineering part of it,’ he says.

That knock, coupled with Jensen’s interest in both chemistry and engineering, would allow him to open the door on to the field of flow chemistry and continuous processing. It’s a door that Jensen and his colleagues at MIT have now blown off the hinges. Earlier this year, the team constructed a continuous flow platform that can produce four different drugs on demand, without the need for batch processing.

Although this achievement may not have been in Jensen’s mind in the early 1990s, the continuous flow concept underpinning it was beginning to take hold. For centuries, chemists had mixed, dissolved, processed, heated and stirred reagents within the confines of a flask or tube. But batch chemistry has its fair share of problems, from poor heat transfer and reaction control to varying product quality and high running costs. Chemists proposed that continuously pumping small amounts of reactants into a mixing junction and through a narrow tube could overcome these problems.

Frankly, 10–15 years ago, nobody cared what it cost you to make a pharmaceutical

Working with Srinivasan, who now runs a company specialising in medical fluorescence probes, and Martin Schmidt, an electrical engineer and provost at MIT, Jensen promoted some of these advantages. The group fabricated flow channels on silicon wafers in 1996 and partial oxidised ammonia in the microreactor, highlighting how a microfluidic cell could safely handle highly exothermic reactions.

‘When we first started out we looked primarily at commodity chemical applications and very simple examples,’ says Jensen. Further work on glycosylation reactions in micro-reactors at the turn of the century demonstrated the flow cell’s other benefits, such as superior heat and mass transfer, faster reaction rates and greater control.

In 2007, Novartis came knocking. The pharma company announced a 10-year partnership with MIT to research whether these cells could usurp batch systems in the pharma industry.

The partnership gave Jensen the opportunity to work with Tim Jamison and Steve Buchwald, experts in organic synthesis at MIT. ‘It really allowed us to go from model chemistry systems to looking at reactions that matter to people, like C–C couplings, C–N couplings, being able to do multistep reactions and so on,’ says Jensen.

With Buchwald’s and Jamison’s expertise in organic synthesis and Jensen’s experience in chemical engineering, the Novartis–MIT partnership was primed to challenge the status quo. ‘Everybody was comfortable with working with things in batch,’ states Jensen. ‘Frankly, 10–15 years ago, nobody cared what it cost you to make a pharmaceutical.’ 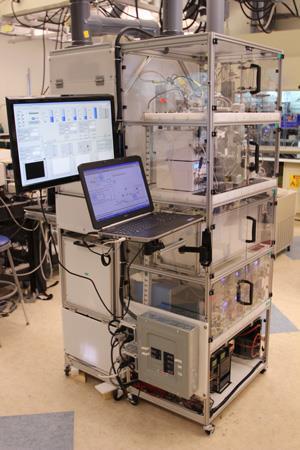 The MIT team got to work on establishing a viable place for flow chemistry in pharma. Within six years, the team with other MIT colleagues and Novartis collaborators had developed a flow reactor platform made from a series of reactors, pumps and mixers that could perform an end-to-end synthesis, from reagent to tablet, of aliskiren hemifumarate– a compound used to treat high blood pressure.

The whole plant was around the size of a shipping container. ‘The first time we did it, it was quite a challenge,’ comments Jensen. ‘It really required a great team of chemists and chemical engineers.’

Jensen believes such a technology will be a powerful tool for those who struggle to access certain drugs. ‘You may have an outbreak of a virus somewhere and you need to suddenly have excess capacity of making something like ciprofloxacin,’ he explains. ‘You could do that with this technology, in principle.’

But the flow platform, containing myriad interconnected wires and tubing, is also perhaps symbolic of the connections Jensen has been able to nurture across MIT and his career. ‘What was really essential to this was, in many ways, we benefit from the MIT layout – the buildings are all connected,’ comments Jensen. ‘It’s really a great example of what you can do with interdisciplinary research.’