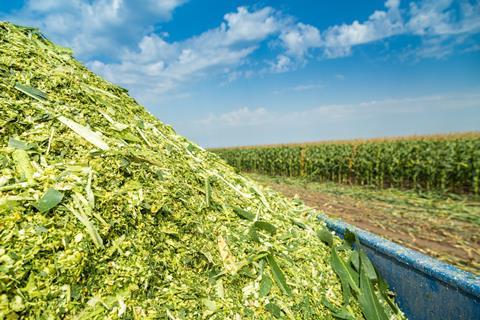 The reactor was fed with corn silage

Scientists in Germany and the US have developed a way to make fuel from biomass that uses excess renewable energy. Their bioelectrorefinery combines known techniques in a unique way to produce a biofuel very similar to diesel.

Excess electricity from renewable sources such as wind farms or solar panels powers the final stage and means that energy generated on very sunny or windy days does not go to waste. And because the first stage produces carboxylic acids much slower than the last stage converts them into fuel, the whole concept accommodates the intermittent availability of this excess electricity.

Producing a drop-in fuel is particularly significant, as it can be directly substituted for petrol or diesel without major changes to existing engines, infrastructure or distribution networks. ‘We showed this on a scale that was not demonstrated before,’ says Falk Harnisch from the Helmholtz Centre for Environmental Research who led the work. ‘You could really see it and even smell it – it smells like diesel!’ 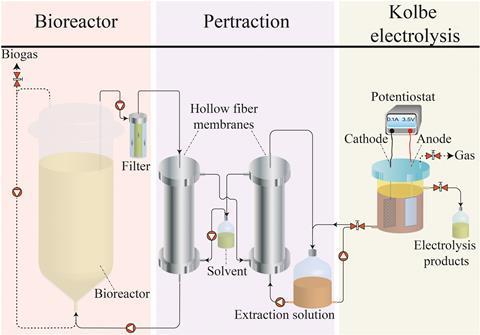 ‘This is the first report that demonstrates at lab-scale, a combination of two approaches in a sequential manner to present an integrated electrobiorefinery set up,’ says Deepak Pant, a bioelectrochemistry researcher at the Flemish Institute for Technological Research. ‘It should pave way for efforts towards developing an electrobiorefinery that is truly integrated with renewable electricity supply.’