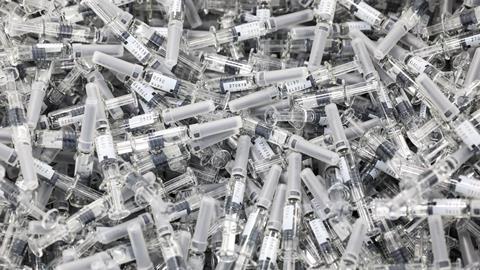 The UK government has taken measures to accelerate access to any future coronavirus vaccine. On Sunday, business secretary Alok Sharma announced an investment of up to £131 million to help speed up the construction of a new vaccine manufacturing centre in Oxfordshire. Sharma also revealed further funding for a coronavirus vaccine being developed at the University of Oxford, as details of a licensing deal for the vaccine involving pharmaceutical manufacturer AstraZeneca emerged.

The investment in the Vaccines Manufacturing and Innovation Centre (VMIC) aims to see it fully up and running by the summer of 2021 – a year earlier than originally planned. The VMIC was founded by the University of Oxford, Imperial College and the London School of Hygiene & Tropical Medicine with support from three industrial partners, and will be the UK’s first non-profit vaccine producer. Up to £93 million of public funds will help accelerate construction of the centre at the Harwell Science and Innovation Campus. A further £38 million will go towards setting up a ‘rapid deployment facility’ where large-scale vaccine manufacturing can begin this year, while building work on the main site continues.

‘This investment will rapidly accelerate the construction of the facility, enabling us to bring it online a year sooner,’ said VMIC’s chief executive Matthew Duchars in a statement released on the UK government website. ‘In addition, the capacity will be significantly increased, so that enough vaccines could be made for everyone in the UK within a matter of months of opening.’

Meanwhile, an agreement between the University of Oxford and AstraZeneca will see the pharma company make 30 million doses of a coronavirus vaccine available to people in the UK as early as September – should trials of a vaccine being developed at the university prove successful. However, few health experts expect a vaccine in less than a year. A further 70 million doses earmarked for people in developing countries will be produced under the deal.

‘AstraZeneca is at the forefront of the response to Covid-19, and we are proud to be working with Oxford University to help make this vaccine available as quickly as possible,’ said AstraZeneca’s chief executive officer Pascal Soriot. ‘Our company is working hard to establish parallel supply agreements with other nations and multilateral organisations to ensure fair and equitable access around the world,’ he added.

As the agreement was announced, Sharma committed a further £65.5 million of government funding for the project, alongside £18.5 million for a coronavirus vaccine being trialled at Imperial College London. However, concerns have been raised after initial results published in a preprint describing studies on rhesus macaque monkeys appeared to suggest that the Oxford vaccine may offer only partial protection against the virus.