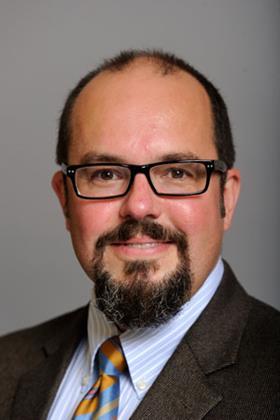 Three years ago scientists stumbled across a startling discovery – a simple and clever bacterial immune system could be exploited to easily edit the genomes of any organism. Known as Crispr (an acronym for clustered regularly interspaced short palindromic repeats), this new gene-editing tool could target specific genes and then precisely cut the gene through the activities of the enzyme Cas9 (Crispr-associated protein 9). It was beautiful – faster, easier, cheaper and, in principle, more precise than other gene-editing techniques. As a result, it has taken the scientific world by storm.

But it has also opened an ethical can of worms. In April 2015, Chinese scientists announced they had, for the first time, edited the genomes of human embryos. Although the embryos couldn’t result in a birth and the results were unsuccessful, with a warning of Crispr’s limitations, the debate that unfolded touched on people’s fears of playing God, the path to designer babies and eugenics, and apocalyptic scenarios of devastating impacts on future generations if edits were inherited.

‘Some see this sort of genetic modification [of human embryos and human sex cells] as hubris and the crossing of a line that ought never to be crossed; that it presents a threat to human dignity,’ says Alan Regenberg, director of outreach and research support at the Johns Hopkins Berman Institute of Bioethics in the US. ‘Nazi eugenics has been invoked as a cautionary tale, as have Gattaca-like concerns about justice and inequality.’ Concerns about genetically modifying human sex cells, eggs and sperm (also known as the germ line), have been debated for decades, but Regenberg says new gene-editing technologies such as Crispr have amplified these. ‘The prospect that this technology could be applied in humans is suddenly very real.’

Federally funded research on the germline is banned in the US, while in the UK a licence is required. But last year, scientific consortium the Hinxton Group, of which Regenberg is a member, published a report concluding it is ‘essential’ that gene editing of human embryos be allowed for basic research, though it stressed that genetically modified babies should not be born. Regenberg explains the reasoning, saying that some types of research that use and destroy human embryos are already allowed in many places. ‘I don’t see any morally relevant ways in which research that includes the genetic modification of human embryos would be different from other research that uses and destroys embryos,’ he says. ‘Human embryos available for research are a scarce resource and, as such, ought not to be used wastefully.’ He notes, however, that appropriate evaluation and oversight structures, such as the Human Fertilisation and Embryology Authority in the UK, would need to be in place.

But would research in human embryos and the germ line be the first step on the slippery slope to designer babies? Regenberg rejects that concern. ‘In fact, basic research involving the genetic modification of human embryos may show us the technology is not safe or reliable enough to ever consider its use for reproductive purposes,’ he says. ‘If we do imagine a future where reproductive applications are available, I’d describe the challenges as more of a spectrum where there is a lot of grey in the middle rather than a slippery slope.’

With stem cell research, research is often reviewed by institutional oversight committees. Something similar may be appropriate for gene editing research

Furthermore, Regenberg believes research in human embryos and the germ line could be valuable in providing new insights on genetics and human development. This is something the UK’s Francis Crick Institute is hoping to tap into as it is currently seeking permission to genetically modify human embryos via Crispr to look at the genes required for the early stages of successful human development and to understand why miscarriages happen in certain circumstances. ‘Some results can come from research using animal models or stem cell lines but relying solely on findings using these sorts of research will limit the usefulness of research,’ Regenberg says. ‘There is some important research that can only be done with gametes [sex cells] and embryos.’

With the debate in full swing over the prospect of human embryo and germ line editing, a global gene editing summit took place in December 2015. It concluded that basic gene editing research in human embryos and the germ line was allowed but it considered that human germ line editing either to remove inherited diseases and stop them being passed onto future generations or to enhance human capabilities would be inappropriate at this time. This consensus statement aims to send a clear message to the global scientific community on what is deemed appropriate standards of scientific conduct in regards to gene editing.

Regenberg notes, however, the need to consider whether existing structures for research oversight are sufficient or appropriate for reviewing and regulating research that involves genetically modifying human embryos or the germ line. ‘With stem cell research, for example, research is often reviewed by institutional stem cell research oversight committees, in addition to any other relevant review, to ensure that oversight is comprehensive and includes suitable expertise. Something similar may be appropriate for this sort of research,’ he says.

Most importantly, Regenberg believes there needs to be open formal engagement with the public, and, given the heated response to the Chinese research, now is the time to start having this debate about the possibilities of Crispr and other gene editing technologies, he says. ‘I think there’s a real need for an exchange of information about the goals and meaning of research and public reactions to it. We need to start a conversation about this sort of research sooner rather than later.’