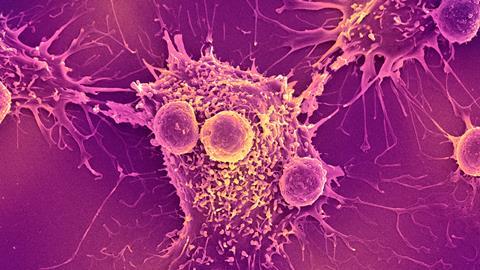 Cancer Research UK (CRUK) has urged the UK government to do more to support medical research charities as they grapple with the financial impact of the coronavirus pandemic. The charity warned that it is preparing to cut £150 million from its annual research budget, having already reduced research funding by £44 million earlier this year.

CRUK is the world’s largest independent cancer charity and supports around 50% of publicly funded cancer research in the UK. But the charity expects a 30% drop in income this year as its fundraising efforts have been hampered during the coronavirus lockdown.

The organisation has already furloughed 60% of its staff and reduced pay for others in an attempt to soften the financial blow, but it believes further cuts will be necessary without government intervention.

‘We have been massively hit by Covid-19 as our fundraising efforts have been hugely restricted. We have been doing everything possible to limit the impact,’ said CRUK’s chief executive Michelle Mitchell in a statement. ‘But without a way to bridge this funding gap, we will have to make radical decisions about cutting life-saving research, which will severely impact our vision of seeing three in four people survive their cancer within the next 20 years. Ultimately, it will be patients who will suffer the consequences, which is heartbreaking.’

Putting the scale of the funding reductions into perspective, CRUK’s chief clinician Charles Swanton said that the £150 million cut ‘is the equivalent of 10 years’ worth of clinical trials going unfunded’.

CRUK, alongside the Association of Medical Research Charities (AMRC), called on the government to help bridge the funding shortfall. The AMRC, which represents more than 150 medical research charities, says its members are predicting an average 41% hit to their research budgets over the next year. While the government has taken steps to support charities affected by coronavirus, CRUK and AMRC say that medical research charities have not been included so far.

‘Loss of funding opportunities will also risk an exodus of our best scientists to other countries and we are faced with losing a generation of scientists in the early stages of their careers,’ said CRUK chief scientist Karen Vousden. ‘This will cause a severe contraction in our research talent and research infrastructure, which will be hugely detrimental to our ability to carry out the world-leading research that has dramatically improved our understanding and treatment of cancer.’