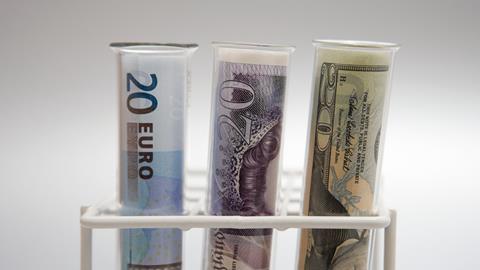 A new study appears to show that researchers in the physical sciences are more likely to view commercially driven research as a hindrance to their academic careers than those working in life sciences or engineering.

Participating in commercial activity can benefit scientists in a number of ways. It could increase the societal impact of a researcher’s work, or purely be a rewarding intellectual challenge. Beyond this, filing patents can also be a way for researchers to bring in more money and improve their reputations. But pursuing this work can also come at a cost – more time spent on commercial projects means time away from academic research.

A group based at the National Bureau of Economic Research in Massachusetts, US, analysed survey responses from almost 2100 academics based at 160 US institutions to determine the main drivers for people working on commercial projects across different fields. They found that the motives to get involved in these activities varied across subject areas.

Life scientists were found to be strongly motivated to pursue commercial opportunities by the desire for their work to have a social impact. Meanwhile in the physical sciences, researchers who cared strongly about their academic careers appeared to place less value on commercial activities.

The researchers behind the study hope that their findings could help inform university administrators and policy makers, pointing out that ‘there may be less reason for concern about distractions from traditional work in fields where academic and commercial work are closely aligned’. They also suggest that recognising these differences across subject areas could help to inform understanding on scientists’ key decisions ‘such as which career path to take, which employer to work for, or what research problems to tackle’.