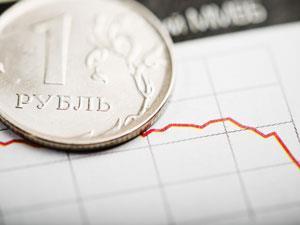 Russian government funding for scientific research will be cut by at least 10% this year, as part of a crisis plan recently unveiled. The harsh cuts are the result of the economic crisis in Russia and devaluation of the ruble as a result of western sanctions and a fall in the price of oil.

These cuts will go ahead despite recent assurances from Russia’s president, Vladimir Putin, to hold research funding at the same level as past years. In December Putin said that research funding over the next several years should reach RUB800 billion (£8 billion), however, these plans are now set to be revised.

As part of these plans the budget of the Russian Federal Agency of Scientific Organizations (Faso), the body recently set up as part of the controversial reforms – now cancelled – for Russia’s Academy of Sciences, will be cut. This year Faso’s budget is set at RUB92.9 billion (£940 million) and is expected to be revised in the first quarter. In addition, there are also plans to cut funding to the country’s leading universities.

Viktor Sadovnichy, rector of Moscow State University, has said that his university has had its budget cut by 10% for this year. ‘The budget has decreased for all items, and in particular with regard to the purchase of new equipment and repairs, conducting R&D activities and so on. In this regard, the university’s administration has already been forced to revise the budget.’ Other universities are now considering their options.

Leading scientific institutions and branches of the Russian Academy of Sciences are also expected to announce massive cuts to their programmes, as well as making redundancies. Scientists are also bracing themselves for significant cuts to grants.

In the meantime, despite planned cuts, many Russian analysts and top officials remain optimistic. Michael Kotjukov, head of Faso, believes that the cuts will not lead to a crisis in Russian science as, to date, almost 90% of research funding comes from the state – one of the highest figures in the world. A lack of private funds remains the biggest problem Russian science faces, he adds, despite government attempts to attract it.

At the same time, Sergey Glazyev, a Russian politician and adviser to Putin, said the cuts may stop Russia reaching some important science goals the country had set. In particular, increasing the per capita capital costs on scientific R&D activities in Russia, which is currently estimated at only $140 (£91) per capita, compared to around $700 in developed countries. He added that the cuts may also disrupt some science projects such as the recent closure of more than 20 labs at the Russian Hematology Research Center.

The Russian finance ministry has said that, in addition to the current financial crisis, another reason that science funding has been hit is an unprecedented increase in military costs for 2015, which are set for RUB3.3 trillion, which is the highest figure in the history of modern Russia.