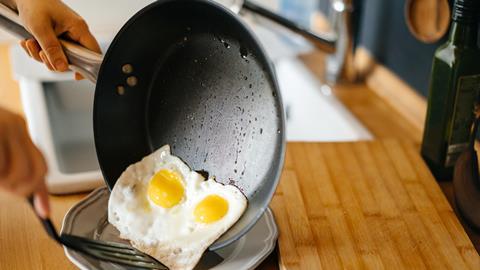 There is significant movement afoot to ban per- and polyfluoroalkyl substances (PFASs) in Europe – a class of persistent, highly mobile and potentially toxic compounds. The governments of Denmark, Germany, the Netherlands, Sweden and Norway have announced that by July 2022 they will formally propose to the European Chemicals Agency (Echa) that these chemicals be restricted under Reach (registration, evaluation, authorisation and restriction of chemicals) legislation.

The proposal aims to prohibit the production, marketing and use of these substances throughout Europe. Exceptions will be considered for certain established uses, such as medical applications. After summer 2022, Echa’s scientific bodies and socio-economic analysis committee will assess the Reach restriction dossier and deliver an opinion by 2023. A final agreement by EU member states could be possible as early as 2025.

PFASs are used in a wide range of products including fire-fighting foams, non-stick cookware and water-resistant fabrics.

The five European countries, which began this project to regulate PFASs in 2020, are proposing to ban the entire class of chemicals in one go, arguing that this prevents one group from being replaced by another that may also turn out to be harmful years later. Their proposal specifically defines PFASs as any chemical with at least one perfluorinated methyl group or at least one perfluorinated methylene group.

The nations are primarily concerned that this family of thousands of fluorinated substances is ‘extremely difficult to degrade in the environment’ and that their use can lead to groundwater and drinking water contamination, the Danish Environmental Protection Agency (MST) explained in a 19 July statement.

‘A comprehensive restriction is proposed, which includes a ban on the consumer use of substances, mixtures and articles as well as non-essential professional and industrial uses, as all use of PFAS potentially contributes to the accumulation of these extremely difficult-to-degrade chemical compounds in the environment,’ MST said.

The agency noted that toxicological data for PFASs are often limited but the health effects of a number of such substances have been described in the literature – including liver damage, immune system impairment, impairment of fertility and unborn children, as well as possible endocrine disrupting and carcinogenic properties.

Biomonitoring efforts have revealed that a number of PFASs are present in the blood of European citizens, and although such levels of the most prevalent and well-studied PFASs like perfluorooctanoic acid (PFOA) and perfluorooctanesulfonic acid (PFOS) are declining, levels of newer generation PFASs are rising, according to MST.

In the US, regulatory action on PFASs has been slow. Without federal action by the US Environmental Protection Agency (EPA), many individual US states have adopted their own standards for PFASs. So far, six states have enforceable drinking water standards, and 10 have implemented guidance or notification levels for PFAS in drinking water, according to the US environmental group Safer Chemicals Healthy Families.

However, the regulatory landscape in the US with respect to these substances appears poised to change. President Biden has repeatedly indicated, starting during his campaign for presidency, that PFAS regulation is a top priority. In April, he announced the creation of a new council to accelerate and coordinate efforts aimed at reducing and remediating this class of chemicals.

There seems to be progress on the congressional front as well. On 21 July, the US House of Representatives approved legislation that would require the EPA to set a national drinking water standard for PFOA and PFOS within two years to protect public health. The bill would also designate PFOA and PFOS as hazardous substances within one year, and require the EPA to determine whether to list other PFAS compounds within five years. A companion bill in the Senate is reportedly under development.