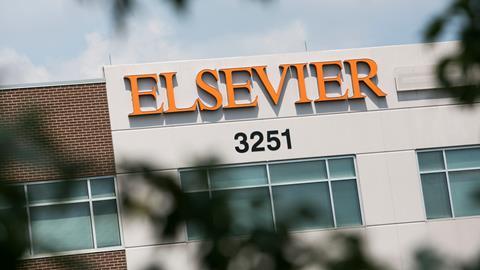 Dutch publishing giant Elsevier has signed an open access deal with Norway, which will see most of the research published by the country’s academics freely available around the world.

The Norwegian Directorate for ICT and Joint Services in Higher Education and Research (Unit) will pay €9 million (£7.8 million) a year during a two-year pilot that both sides say will allow them to gather valuable data on publishing patterns. Norwegian researchers publish around 2000 papers in Elsevier journals each year. ‘Will Norwegian research be read more around the world? It’s a great opportunity for us,’ suggests Nina Karlstrøm, who leads on licensing and open access for Unit and was one of the negotiators. Since the Norwegian deal was signed earlier this week, Karlstrøm says institutions across the world have been in contact.

In the past year, US and European consortia have ended their contracts with Elsevier, after the publisher refused to yield to demands for a so-called ‘read and publish’ model, whereby journal subscribers don’t pay extra to make their research immediately open to all readers. In February, the University of California cancelled its $10.5 million contract, while other US universities have opted out of bundled subscription arrangements. Germany’s Max Planck Society – one of the world’s largest research organisations, which publishes around 1500 papers each year in Elsevier journals alone – discontinued its subscription in December. The decision followed the breakdown of talks between Elsevier and Germany’s national consortium – Project Deal – after almost two years of negotiations. There was, however, a recent meeting with Elsevier’s new chief executive ‘to discuss new perspectives’, according to Horst Hippler, chief negotiator for Project Deal.

The Norwegian consortium had cancelled its contract too. ‘In March we realised we were just too far apart … but we kept up the dialogue,’ says Karlstrøm. At the same time it signed an open access agreement with Wiley, that will see all papers written by the nation’s academics open access by 2021. Norway wants all its publicly funded research to be open access by 2024.

Read and publish deals are becoming increasingly popular among publishers as an alternative to traditional subscription models, even if the new arrangements don’t go as far as some open access campaigners want. Springer Nature has just renewed a read and publish deal with UK universities, although its prestigious Nature titles are not covered. The Royal Society of Chemistry is another publisher that has embraced read and publish deals. Emma Wilson, director of publishing at the Royal Society of Chemistry, explains that they were the first publisher to introduce a read and publish model. She says: ‘We’ve had a lot of support from countries around the world, exploring the flexibility and opportunities this model gives to researchers and institutions alike. Following the first deal with the Max Planck Society in Germany, we’ve now completed over 70 read and publish agreements in 11 countries.’

‘The read fee decreases as the OA component increases so a transition to OA is baked into what is a really powerful approach. Early adopters are showing a real commitment to driving OA forward as part of a wider community in which all [read and publish] customers contribute towards reducing the average reading fee by publishing more content OA. Well-structured [read and publish] deals are truly transformational and enable a smooth and managed transition from subscription to open access, introducing financial sustainability and flexibility for researchers and institutional budget holder alike.’

The Norwegian agreement – covering seven universities and 39 research institutions – will cost the consortium about the same as it paid last year in subscriptions alone to Elsevier. But crucially open access in prestigious imprints Cell Press and the Lancet are excluded. This ‘suggests a tiered structure where papers in lower impact journals are [open access] but those in the higher impact remain under subscription. I believe this is telling, both from an economic and symbolic point of view,’ says Vincent Larivière, associate professor of information science at the University of Montreal. He is also the interim editor-in-chief of a new open access journal, Quantitative Science Studies. It was formed after the entire editorial board of the Elsevier Journal of Informetrics resigned in January, because of high article publishing fees and ‘commercial control of scholarly work’.

Gino Ussi, Elsevier’s executive vice president, said the firm would learn from the Norwegian pilot to improve its services. He added that it offered ‘fair value to both sides so that the quality, integrity and sustainability of the peer review publishing system can be preserved’. Elsevier declined to comment on leaked details of a draft agreement with the French national consortium Couperin, which suggest that the Norway deal isn’t the beginning of a new era for Elsevier in open access publishing as it maintains the subscription model and article processing charges.