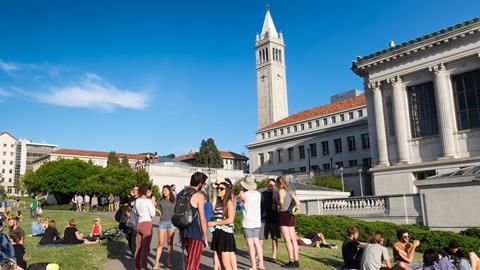 31 members of Cell Press editorial boards at the University of California (UC) have suspended their ‘editorial services’ to Elsevier as part of an on-going dispute between the university and publishing giant over the cost of journal subscriptions and open access. Among the signatories is Jennifer Doudna, one of the original developers of the Crispr gene-editing technique.

The open letter to Elsevier follows the collapse of negotiations to renew a contract between the university and the publishing giant in March, leading to the University of California cancelling its contract across its 10 campuses. The university sought reduced journal subscription costs and for all work published by its researchers in Elsevier’s journals to be open access, but the publisher refused. Last year, the university spent over $10.5 million (£8.3 million) in subscription and open access fees. Elsevier cut off the University of California’s access to newly published articles in July.

The open letter reads: ‘We value our long-standing relationships with Cell and other Cell Press journals, which have helped make and keep these journals at the forefront of scientific publishing.’

‘We therefore wish to express our concern at the current lack of a contract between UC and Elsevier, and the decision to deny our UC colleagues access to research published in Cell Press and other Elsevier journals. Pending the signing of a new contract with UC, we wish to inform you that we are suspending our editorial services to Cell Press journals.’