$5 billion (£3 billion) is the estimated annual cost for disposing of contaminated water produced during shale gas extraction. Now, researchers in the US have developed a new technology that could reduce the cost of dealing with this water by 30–40%.

Hydraulic fracturing, the process used to extract oil and gas from underground rock formations, produces over 20 billion barrels of contaminated water every year. Current methods, such as underground injection, to dispose of these vast quantities of contaminated water have risks, including a chance of initiating earthquakes. Reuse of this water avoids disposal issues, but requires multiple treatment processes to remove contaminants such as salts and organic hydrocarbons. 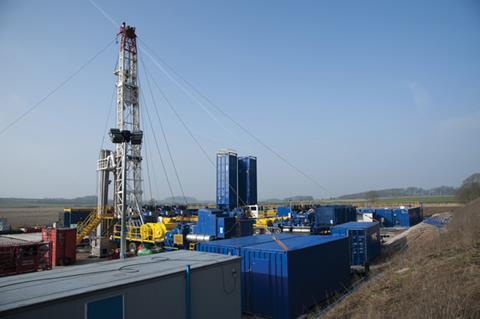 Zhiyong Jason Ren and colleagues from the University of Colorado Boulder have developed a technique that can simultaneously remove organic pollutants and salinity from contaminated water whilst producing energy. ‘The beauty of this technology is that it can replace five or six current processes with one to kill multiple birds with one stone,’ he says.

Key to the process is a microbial capacitive desalination cell. The cell uses a mutually beneficial process where bacteria break down organic hydrocarbons, generating electrons. Two electrodes in the cell interact with these electrons creating a little battery; the energy created can be used to remove salts and charged organics, creating a salinity gradient which further drives the process.

Yoram Oren, a desalination and water treatment expert at the Zuckerberg Institute for Water Research in Israel, is impressed by the technique. ‘It offers an integrative method for treating contaminated water from gas and oil production processes – an extremely serious issue.’ He believes that if commercialised, it will be an important contribution in the fields of water treatment and environmental protection.

The technology enables onsite water reuse, so it no longer needs to be collected for disposal, reducing noise pollution from transportation trucks, benefitting both industry and the community. With energy companies eager to test the technology in the field, Ren’s team is now working to scale up the process.