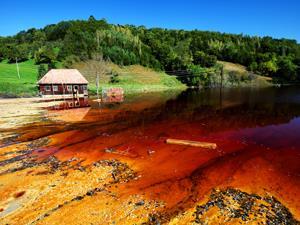 The US Environmental Protection Agency (EPA) has made ‘substantial improvements’ to its programme to assess the health hazards posed to people by pollution, but the National Research Council (NRC) is urging further reforms in a report released on 6 May.

Controversy erupted back in 2011, when the NRC, the operating arm of the US National Academy of Sciences, reviewed the EPA’s integrated risk information system (IRIS) for formaldehyde and uncovered deficiencies. It determined that their was insufficient evidence to reach the conclusion that formaldehyde causes cancers of the respiratory tract and leukaemia, and also found broader failures in the EPA’s methods.

Subsequently, Congress directed the EPA to implement improvements to the IRIS process, and the NRC was tasked with assessing the changes and recommending additional modifications.

Beyond the EPA, other federal agencies and various state and international agencies rely on IRIS assessments to set regulatory standards, establish exposure guidelines and estimate risks to exposed populations.

In its report, the NRC noted that all steps of the IRIS process depend upon human judgment, especially the evidence integration and conclusions reached. ‘Expert judgment is often used to resolve problems in the face of uncertainty, but its application to toxicity assessments is often poorly described and often considered a “black box”,’ the report warned. The NRC concluded that the EPA faces a ‘major challenge’ when it comes to determining what adverse outcomes should be evaluated in a specific IRIS assessment.

The report praises EPA for making greater use of evidence tables and graphic displays in its IRIS assessments, as well as its formation of chemical assessment support teams to oversee the assessment development process and ensure consistency among assessments.

When it comes to the process by which IRIS assessments derive toxicity values, the NRC committee applauds the agency’s shift away from choosing one study as the ‘best’ for such information and toward considering multiple studies. Nevertheless, the report calls on the EPA to develop criteria for determining when evidence is sufficient to derive toxicity values.

The American Chemistry Council (ACC) welcomed the NRC report, saying it’s encouraged by the recognition that the EPA needs to ‘address fundamental issues’ with the IRIS programme.

The report outlines ‘several continuing concerns’ with IRIS assessment, including the lack of clear criteria for evaluating the available scientific information, ACC stated. ‘It also reiterates the need for continued improvement for EPA to achieve.