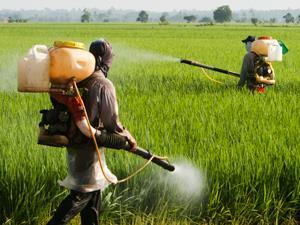 Just months after the World Health Organization’s International Agency for Research on Cancer (IARC) concluded three organophosphate pesticides, including glyphosate, are ‘probably carcinogenic’ it has now said the herbicide 2,4-D may cause cancer too. The developments have renewed criticism of the US Environmental Protection Agency’s (EPA) recent approval of the Enlist Duo herbicide, which combines2,4-D and glyphosate.

Enlist Duo – which was approved by the EPA last year for use with genetically modified maize and soya beans – is currently registered for use in 15 US states. In May 2013, Canada approved Enlist Duo for similar uses.

Past research has linked 2,4-D with cancer, and non-Hodgkin’s lymphoma (NHL) in particular. The US National Institutes of Health found in 1992 that frequent use of phenoxyacetic acid herbicides, in particular, 2,4-D, has been associated with two- to eight-fold increases in NHL. A review of the literature by two IARC scientists in 2014 showed that 2,4-D and phenoxy herbicides were associated with NHL.

However, the IARC said that epidemiological studies conducted to date don’t indicate that 2,4-D exposure led to ‘strong or consistent’ increases in the risk of NHL or other cancers. Nevertheless, the agency said there is ‘strong evidence’ that 2,4-D induces oxidative stress in humans, and ‘moderate evidence’ that it causes immunosuppression.

The EPA says it reviewed 2,4-D in 2014 as part of its decision to register Enlist Duo and found that the data do not support a cause and effect relationship between exposure to 2,4-D and NHL.

The IARC also assessed the pesticides lindane and DDT, which are both banned under the Stockholm Convention with exemptions for certain uses. It concluded that lindane was carcinogenic, while DDT was probably carcinogenic.

However, Dow AgroSciences – the Dow Chemical subsidiary that markets Enlist Duo – disputes the IARC’s conclusions. The company says that the agency’s new classification of 2,4-D is ‘inconsistent with government findings in nearly 100 countries,’ including the US, Canada, UK, Germany, France and Japan.

‘No herbicide has been more thoroughly studied and no national regulatory body in the world considers 2,4-D a carcinogen,’ said John Cuffe, from Dow AgroSciences’ regulatory division. He said the IARC’s findings on 2,4-D are not the last word even within the WHO. The agency’s committee, which conducts evaluations that support establishment of world food standards, does not consider the handling and use of approved 2,4-D herbicides to pose a cancer risk, according to Cuffe.

Julie Goodman, an epidemiologist, toxicologist and consultant to the industry’s 2,4-D research task force, also emphasises that no regulatory agency in the world currently considers 2,4-D to be a carcinogen. ‘I don’t agree with calling it a “possible carcinogen,” there is no evidence from human studies,’ she tells Chemistry World. ‘If 2,4-D were truly causing cancer in lab animals, you would be able to see it in a consistent fashion across studies.’

Currently, 2,4-D is undergoing registration review at the EPA, and IARC’s assessment will inform the process. The EPA tells Chemistry World that it ‘will determine whether any risk mitigation is needed to address unreasonable risks to humans’. The agency expects to release a draft human health risk assessment for 2,4-D for public comment in March 2016.

Aside from the arsenical insecticides, which are no longer used, only a handful of other pesticides have been evaluated by the IARC since 1991, including malathion and diazinon. Those two products were assessed together with glyphosate in March and also determined to be ‘probably’ carcinogenic, while parathion and tetrachlorvinphos were classified as ‘possibly’ carcinogenic.