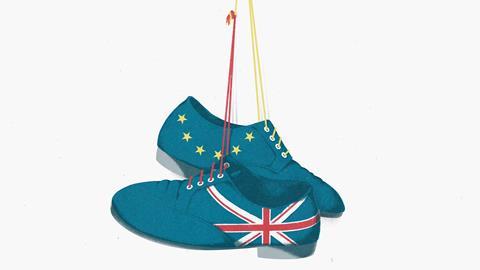 The European Research Council (ERC) has secured €1.1 billion (£1 billion) of extra funding just weeks before the EU’s new research programme, Horizon Europe, is due to begin. An all night negotiation session last week ended the deadlock over Europe’s €1.8 trillion budget and €750 billion recovery fund, caused by Hungary and Poland’s objections to linking the pay-out of funds to respect for the rule of law.

The breakthrough meant member states could work out how to apportion an extra €4 billion for research, which will come from future fines levied by the commission on businesses, and was negotiated by the parliament last month.

The research community greeted the agreement with relief – and resignation that more investment was not forthcoming. It means that altogether the ERC gets €14.2 billion in 2018 prices – or 17% of the total Horizon Europe pot – the same proportion allotted to the current programme, Horizon 2020. The ERC president, Jean-Pierre Bourguignon, had said it needed a minimum of €14.75 billion to avoid stagnation. Average annual funding will be similar to that in Horizon 2020. But the top up may enable it to fund 4000 more researchers in grant-holders’ teams, than it had anticipated.

Bourguignon points out that comparable funding to the ERC in China exceeds €2000 per researcher, while in the US the figure is more than €3400 per head. Europe’s figure is below €1300. ‘Regardless of national efforts to increase R&D funding, one could argue that the ERC budget and budget for similar actions at national level should be between 50% and 260% higher compared to what it is now, in order to provide European researchers with comparable opportunities of getting large, prestigious, world-class grants at the level enjoyed by their US and Chinese peers.’

In a statement, the League of European Research Universities said that ‘it is strange that even in times like these, heads of states and governments are so reluctant to fund research, innovation and education in a proper way’. Even with the top up, the ERC scientific council would have to ‘perform miracles’, the organisation added.

The Marie Skłodowska-Curie research fellowship programme received an extra €314 million, with another €257 million reserved for research infrastructure, so that more than a third of Horizon’s Europe’s budget will fund the excellent science pillar of the programme. However, the big winner is pillar 2 of the programme, which will address global challenges such as climate change and industrial competitiveness and takes more than half of the Horizon Europe budget.

The ERC says applications for grants were up 42% by September, compared with 2019, and it is concerned that demand will only increase further as investment in frontier research declines at national level. In its latest funding round announced last week, 24 mid-career researchers from the UK won grants and 50 grantees will carry out their projects in the UK. As post Brexit talks go to the wire, it’s still not clear if the UK will associate to Horizon Europe. The rules of association are not yet public, but the ERC understands that it will get additional funding thanks to the contributions from associated countries, based on the amount of ERC funding awarded to them.