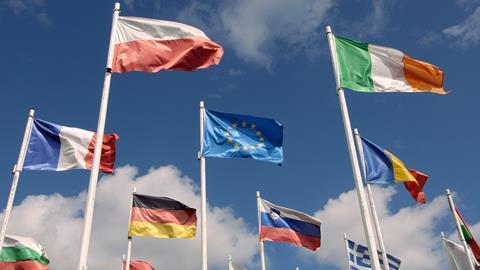 EU member states last week agreed a draft budget that would give the bloc’s next research programme more than €750 million (£690 million) less in 2021 than the €12.3 billion the European commission put forward in June. Cuts will be felt across the board, but there’s particular concern about funding for the European Research Council (ERC), which could receive €135 million less next year than the almost €2.05 billion proposed.

Leading European scientists – supported by campaigners in 94 counties – have sent an open letter to the presidents of Europe’s governing institutions appealing to them to protect the ERC budget. A petition has gathered over 20,000 signatures.

Ben Feringa, 2016 chemistry Nobel laureate, told a press conference that he believed that ‘compromising ERC budgets will be disastrous for the future of Europe.’ He said that Europe needed to invest in young talent who will be future innovators. Already many excellent applications don’t get funded, he said, adding ‘do not forget these are the science programmes that will provide the basic breakthroughs and innovations for the industry of tomorrow’.

This year’s applications for ERC advanced grants, for established investigators, are up 42% compared with 2019.

Ivan Dikić, director of the Institute of Biochemistry at the University Hospital of Goethe University in Germany, argues politicians should ‘analyse the precise data about different EU programmes and very importantly hear the arguments from scientists personally. Priorities need to be made based on the accomplishments, benefits for EU citizens, current capacities and the future challenges. Once you put this all together, I think the ERC would come out as one of the top programmes that the EU has had up to now.’

He’s concerned that a cut in funding will exacerbate the movement of top scientists in less developed European countries to richer ones, as well as lead to a ‘brain drain’ from Europe to the US and Asia – a trend he’s already seeing.

Overall, Horizon Europe’s budget is €13.5 billion less than the commission proposed earlier this year, and far short of the €120 billion the European parliament had asked for. Parliament has strongly objected to the decision to cut €5 billion from the framework fund, and to allocate €8.5 billion less to Horizon Europe from the post pandemic recovery programme – Next Generation EU.

Some €5 billion of recovery funding will go towards the research programme, but it’s targeted at innovations closer to market, not for the ERC. Thomas Estermann, director of governance, funding and public policy development at the European Universities Association, suggests parliament will force some movement but ‘the big question is, where does it come from, and how big will it be? The ERC funding is a bottom-up programme that you can’t easily reconstruct or replace with national funding’. While the pandemic has caused a major crisis, he argues the bloc needs to look beyond the short-term. ‘It’s a seven-year budget that we need to get right.’