The European Medicines Agency (EMA) has accused an Indian contract research organisation (CRO) of systematic fraud, and has recommended suspending sales of hundreds of generic drug formulations in Europe because their approval is based on questionable clinical trial data.

The EMA investigated products tested at the GVK Biosciences site in Hyderabad. This included about 1000 generic formulations from around 100 companies, covering over 50 active ingredients. Only 300 of them have enough data from other sources to support approval; the other 700 are suspect. 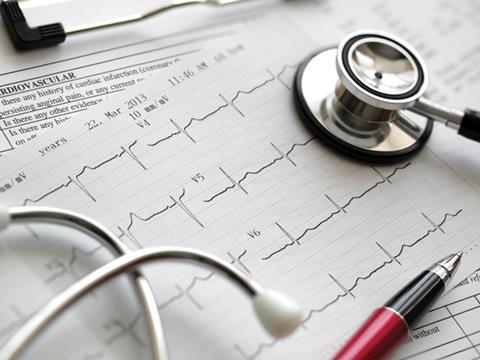 GVK is suspected of systematically altering electrocardiogram data during clinical trials, casting doubt over its practices

The EMA’s recommendation will be forwarded to the European Commission for a legally binding decision, which will apply to all member states. The EMA noted that there is no evidence of harm or lack of effectiveness linked to GVK’s studies.

The investigation was prompted by an inspection of GVK, carried out by the French medicines and health products safety agency in May 2014. This revealed systematic manipulation of electrocardiograms (ECGs) during some studies on generic medicines.

The EMA notes that these manipulations apparently took place over at least a five-year period. ‘Their systematic nature, the extended period of time during which they took place and the number of members of staff involved cast doubt on the integrity of the way trials were performed at the site generally and on the reliability of data generated at that site,’ the agency said in a statement on 23 January.

For its part, GVK argues that the French agency only concluded that there was duplication of check-out ECG recordings of trial participants in nine studies, yet the EMA has extrapolated the findings to all studies conducted at GVK’s Hyderabad clinical facility. ‘We believe that the action is unprecedented and highly disproportional,’ GVK stated.

‘There is a systemic problem in Indian industry with many firms lying about data testing,’ states Roger Bate of the American Enterprise Institute, who studies international health policy and counterfeit pharmaceuticals. ‘Many within industry seem to see these as only “data infractions”, and hence don’t take it seriously, which is why it’s systemic,’ he tells Chemistry World.

Dinesh Thakur, executive chairman of Medassure Global Compliance based in Florida, US, and the whistleblower who revealed serious manufacturing issues and fraud at india’s Ranbaxy, agrees that the problems identified with GVK Biosciences are not unique. ‘This is something that is quite prevalent among CROs in India – unfortunately, regulators are only just waking up to try to understand the extent of fraudulent data that exists with clinical studies,’ he says.

Bates asserts that the GVK scandal is ‘just the latest,’ and he notes that several companies in India have faced manufacturing problems and bans on imports of their products to the US and Europe. Beyond manufacturing, in November 2014, Indian officials arrested the chief executive of Mahawar Pharma, which allegedly supplied questionable medicines to women who underwent sterilisation surgeries, 14 of whom reportedly died.

Outside of Europe, the US Food and Drug Administration (FDA) has confirmed that GVK Biosciences has conducted clinical studies used to support its approval of drug products. The agency has identified about 40 applications from 2007 to March 2012 that contain GVK clinical data. However, the FDA says its own inspection of GVK Biosciences’ facility in September 2014 did not reveal evidence that affects the safety or efficacy of drug products subject to pending applications or products approved in the US.

‘If the FDA identifies issues concerning GVK BioSciences that relate to products approved by the FDA, the FDA will take swift and appropriate action to ensure that the drug products available to American consumers are safe and effective,’ the agency said.

Thakur suggests that the FDA’s primary focus in recent years has been on compliance issues related to current Good Manufacturing Practice, and suggests that the agency should broaden its focus and verify that the clinical data generated out of India is actually authentic.