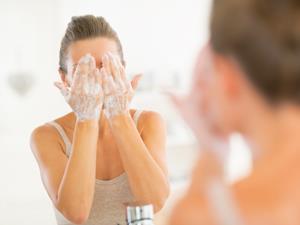 The European commission has launched a study to determine whether EU regulations are needed to ensure that the use of microplastics in consumer products is phased out as soon as possible to protect marine ecosystems. The announcement comes after five nations – Belgium, the Netherlands, Austria, Sweden and Luxembourg – issued a joint statement in December calling for the EU to ban microplastics and their chemical additives in products such as cosmetics and detergents. The nations defined microplastics as ‘various particles of plastic with a diameter below 5mm’.

In March 2011 some 47 world plastic organisations in 29 countries signed a declaration vowing to voluntarily reduce what it called ‘marine litter’ and founded a website to publicise their efforts. But the five nations contend that the voluntarily phase out of microplastics is not working, adding that ‘urgent’ EU regulatory action is necessary.

The five nations noted that a commission green paper published in 2013 states that ‘microplastics and the chemical additives they contain, if ingested in large quantities by marine fauna may have a high potential for contaminating the food chain through predator–prey interaction’.

The proposed microplastic ban was put up for discussion among environment ministers at a December European council meeting. After discussion, the ministers ‘urged’ the commission and EU member states to study ‘the problem of microplastics in the environment and the need to find adequate solutions to it’.

Enrico Brivio, spokesman for European environment, maritime affairs and fisheries commissioner Karmenu Vella, tells Chemistry World that the environment directorate-general, an arm of the commission, has begun a microplastic study in order to gather ‘the necessary information and evidence for developing options’.

The study, which is expected to be completed by October, will examine whether a voluntary industry scheme to phase out microplastics in cosmetics has been a success and assess what the commission’s options are for taking regulatory action on this issue. Asked what action might be taken after completion of the study and which European institutions might be involved, Brivio says that it is still too early to speculate.

In addition to launching the study, the commission is also coordinating microplastic activities at a global level, Brivio says, notably with the United Nations, whose Environment Programme is preparing a scientific assessment on the issue.