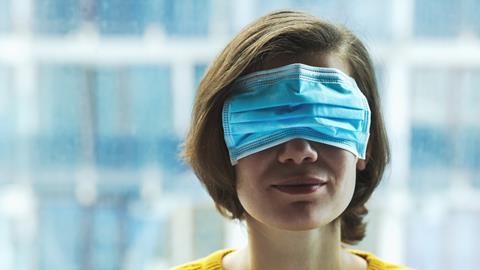 A coordinated European network for science communication is needed to fight back against the deliberate spread of false information, according to the European Federation of Academies of Sciences and Humanities ALLEA. It also suggests a European code of conduct to govern the network.

As highlighted by the ongoing pandemic, undermining trust in science poses a fundamental threat to political and individual decisions based on evidence and scientific knowledge, ALLEA’s report states. ‘The science race against Covid-19 has not only been in the search for a vaccine,’ says ALLEA president Antonio Loprieno. ‘Another major risk has mobilised researchers: science disinformation. Seeing these problems unfolding in our societies, we need an institutionalised and coordinated strategy to galvanise researchers, communicators and policymakers into action as early as possible.’

The report analyses the consequences of science disinformation in climate change, vaccine hesitancy and pandemics, and recommends various counter-strategies including fact-checking, raising awareness and media literacy. It also calls for a stronger focus on communicating to the public how science works, putting greater value on the virtue of intellectual humility when communicating scientific evidence and transparent, tailored science advice mechanisms.

To implement these proposals the authors suggest a central pan-European mechanism or institution to coordinate existing initiatives. It would also develop guidelines and recommendations on science communication ‘in an inclusive manner’.

‘What is becoming clear is that misinformation is not just a ‘nuisance’ – it can influence decision-makers and that is a major concern,’ says Adam Hart, professor of science communication at the University of Gloucestershire. ‘It can also sway public opinion, which, in an era of populist politics, is another problem.’

However, spotting disinformation and determining the agenda of those spreading it, can be tough, he adds. It’s also hard to get scientists into the media and for their opinions to be given weight. ‘In my work in conservation science, I see this all the time. Scientists are side-lined whilst celebrities are treated as knowledge-brokers. It can also be very difficult for scientists to be heard in the hurricane of social media. Credibility is one thing, but reach and influence are quite another, and that is something we need to work on.’

Hart believes the report does a valuable job in gathering together many of the ideas and thoughts of science communicators. ‘It will get people thinking more clearly about how to engage with misinformation but will also get us to be clearer about our own responsibilities in this area. It is very easy to criticise others for misinforming the public, but we, as scientists, need to make very sure that what we put out into the wider world is as accurate as it can be.’

However, Hart thinks a centralised European organisation won’t work. ‘One of the great features of science communication is the organic way in which it has flourished and the great diversity of individuals and groups involved. Attempting to centralise that, and to impose ‘codes of conduct’, will make for some impressive reports but I very much doubt it will achieve a great deal on the ground unless it can provide real support for those who communicate science in practice.’

However, Alexander Gerber, professor of science communication at Rhine-Waal University, says an EU-wide initiative for science communication is overdue. But it would need to affect how ‘research funders incentivise and evaluate communication, and how research-performing organisations implement public engagement and open science strategies’. Also it needs to extend beyond Europe, to the US, for example.

Despite the obvious importance of establishing trust in science, the report’s recommendations focus too much on the ‘supply side’ of disinformation, Gerber adds. ‘That is, focusing on fact-checking and debunking, accuracy and counter-narratives. Solutions on the “demand” side such as “inoculation theory”, which allows us to “pre-bunk” information behaviour instead of later trying to repair the system through de-bunking, deserve more than a footnote. They should guide our response to the challenges of disinformation.’