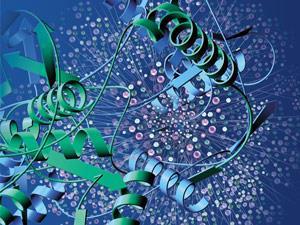 Chemical probes can be used to investigate protein targets. But many lack specificity so provide poor information.

An international group of researchers has started a Trip Advisor-style wiki for chemical probes after complaining that the literature is littered with misinformation. After numerous examples of chemical probes ruining otherwise good research, the new project is looking to address the circulation of inferior probes, misuse of them and misleading studies.

Chemical probes are used to investigate the role of specific proteins in both healthy and diseased cells and tissues. They are small, bioactive molecules, which control the function of a protein through reversible inhibition and allow researchers to investigate a particular molecular target. In order to be effective, probes must be selective, have a known mechanism of action and be used appropriately. But many probes can’t pass these tests and as a result the literature contains many studies using inferior probes and making ‘suspect’ conclusions, inspiring even more faulty research using similar set-ups.

‘The whole area has gradually turned into sort of a jungle,’ says Derek Lowe, one of the researchers behind the new wiki. ‘There are far too many compounds that are being used inappropriately, and many that shouldn’t be used by anyone at all!’ The new site, called Chemical Probe Portal, will work as a community-driven wiki, crowdsourcing medicinal chemistry expertise and offering answers to questions that researchers new to probes might have. This will include information about available probes and the proteins they target, along with guidance about their usage.

In a commentary article announcing the launch of the Chemical Probe Portal several examples of problematic probe use are included. One such example is iniparib, which was advertised as an inhibitor of PARP1 and a potential cancer therapy. It featured in thousands of publications but failed in Phase III clinical trials due to problems of non-specificity. ‘Too many people are too trusting of the labels in the supplier catalogues,’ says Lowe, ‘and as a result, the literature is contaminated by a lot of potential problems and hard-to-interpret results.’ Another example is probe LY294002, which despite being shown to have major off-target problems back in 2005, continues to be advertised as a selective kinase inhibitor. ‘Unless this gets cleared up, it’ll get much, much worse, so something like the Chemical Probes Portal is really needed,’ Lowe says.

Sean Ekins, who works as a pharmacology consultant at Collaborations in Chemistry and who wasn’t involved in the project, is less impressed. ‘Many of these groups are responsible for putting probes out there,’ he says, ‘they should have thought about the consequences of what they were doing at the outset and planned a database of probes and information.’