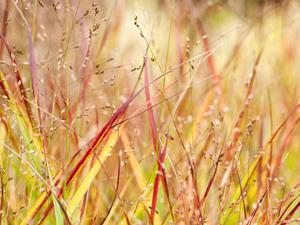 Ionic liquids – salts that are liquid at room temperature – could potentially be made more cheaply and greenly by recycling by-products from biofuel production processes, according to US researchers. These ionic liquids derived from biofuel waste could then actually be turned to extracting sugars from biomass to be made into fuels.

One of the biggest challenges in breaking down biomass into useful chemicals suitable for making biofuels is finding ways to selectively depolymerise lignocellulosic biomass into its monomers: glucose, xylose and lignin. Imidazolium-based ionic liquids have previously been shown to be highly selective and efficient for this process, compared with thermochemical methods. However, use of these petroleum-based ionic liquids has been held back due to their high cost.

Now, Seema Singh and colleagues at the Joint BioEnergy Institute and other US institutions have developed a closed-loop system that could potentially reduce the cost and environmental impact of making ionic liquids suitable for biomass processing. ‘Until now ionic liquid cations have been petroleum based,’ says Singh. ‘Using by-product from biofuel production to convert it into ionic liquids closes the loop and make the process sustainable, non-toxic and much cheaper than petroleum-based ionic liquids.’

The researchers made their ionic liquids using furfural, vanillin and p-anisaldehyde, which are aromatic aldehydes derived from lignin and cellulose. These were each treated with diethylamine and sodium triacetoxyborohydride, which causes reductive amination and the synthesis of tertiary amine-based ionic liquids. They then used these ionic liquids to pre-treat lignocellulosic biomass from switchgrass.

The researchers made four ionic liquids from lignin and hemicellulose

The furfural and p-anisaldehyde derived ionic liquids performed best with both providing 90–95% glucose and 70–75% xylose yields from switchgrass after 72 hours incubation with digestive enzymes. ‘We demonstrated that these ionic liquids are excellent in pre-treating biomass and compare well with imidazolium-based ionic liquids,’ Singh explains.

‘This is the first time I have heard of anybody using biomass to make ionic liquids,’ says George Huber, who investigates biofuel production at University of Wisconsin-Madison, US. ‘The reason it has not been considered before is that the chemistry community is only now starting to realise the vast amount and complexity of products that can be made from biomass. Everything that can be made from petroleum can be made from renewable resources but the challenge is all with the economics.’

Indeed, the new biomass derived ionic liquids still have economic challenges to overcome – one disadvantage Huber raises is that the process to make them uses expensive commodity chemicals, diethylamine and sodium triacetoxyborohydride, for reductive amination. Seema and colleagues also estimate that making the ionic liquids from biomass currently costs around $12–$15/kg (£7–£9/kg). They say this could be cut in half to $4/kg if the diethylamine and sodium triacetoxyborohydride can be replaced with ammonia and hydrogen. Imidazolium ionic liquids can cost in the range of $17–$25/kg.