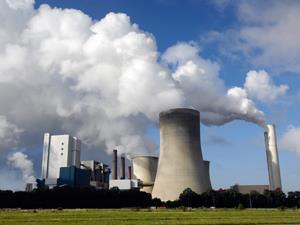 The first systematic environmental assessment of an industrial plant that produces polyols from carbon dioxide has revealed that they significantly reduce both carbon dioxide emissions and the demand on fossil fuel reserves.1

Polyols are the major component of polyurethanes, which make up foams or thermoplastic urethanes in a wide range of applications from mattresses to ski boots. Most polymers are made from fossil fuel-based feedstocks.

Polymer production requires energy and thereby causes carbon dioxide emissions. To try and satisfy society’s needs in a sustainable manner, researchers have proposed ways to make polymers from carbon dioxide.2 However, converting carbon dioxide into speciality chemicals is not trivial and usually requires substantial amounts of energy to drive out carbon dioxide’s chemical inertness. The environmental benefits of carbon dioxide-based polymers are thus not given by default.

Now, Niklas von der Assen and André Bardow from RWTH Aachen University in Germany have performed a life-cycle analysis on a plant making carbon dioxide-based polyethercarbonate polyols. Not only does it scrutinise production and purification of the polyols, all processes for the provision of energy and feedstock are considered too.

Bayer’s polyol pilot plant uses carbon dioxide captured from a lignite power plant in Niederaußem, Germany, that is operated by energy supplied RWE. Carbon dioxide-based polyols cannot be considered to be greenhouse gas sinks – realistically, it is better for the environment to not make them in the first place. However, the study found that if polyols must be made then preparing polyethercarbonate polyols, that are 20% carbon dioxide by weight, will emit 11–19% less greenhouse gas, and save 13–16% of fossil resources, in comparison to traditional polyether polyols. Bardow says what might seem small at first glance is actually quite exciting: ‘increasing the efficiency in the chemical industry by 11–19% usually takes decades – in this case, the improvement comes almost instantaneously.’

‘Another interesting figure is that integrating 1kg of carbon dioxide into polyols can save more than 2kg of carbon dioxide-equivalent emissions – due to the substitution of emission-intensive epoxides,’ he adds. Conventional polyols are made from epoxides such as propylene oxide and ethylene oxide. Being cyclic ethers with three atoms in a ring means these molecules are geometrically strained and highly energetic. But if some of the highly energetic epoxides are substituted for less energetic carbon dioxide the overall reaction is more energy efficient.

Alessandra Quadrelli, a green chemistry expert at the CNRS-affiliated school for chemistry, physics and electronics at the University of Lyon in France, says the work is timely. ‘Solid advances in the desired directions are only possible with concomitant solid estimates of the connected environmental impacts. The study by von der Assen and Bardow is particularly relevant in this context: granting the necessary seal of approval from a life-cycle analysis point of view to the carbon dioxide incorporation in polyurethanes route achieved by recently reported chemical innovations. I anticipate it will be of high industrial relevance.’