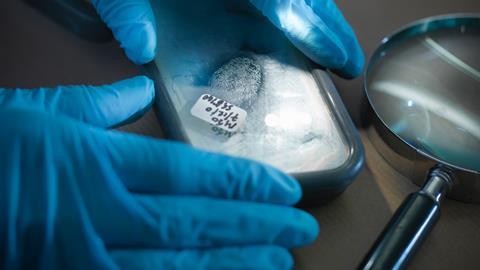 Yet another stark warning about the state of forensic science in England and Wales has been issued – this time by the House of Lords science and technology committee. Not only is the quality and delivery of forensic science inadequate, it says, but the Home Office and Ministry of Justice are failing to provide high-level leadership and oversight. The Lords’ report comes just days after the Home Office published a 13-point action plan to improve police forensics alongside its own review into the provision of forensic services in policing.

The Lords’ report warns that the forensics market is becoming dysfunctional, thanks to budget cuts, statutory and regulatory ‘muddle’, and exponential growth in new services such as digital evidence. Unless it is properly regulated soon, major providers will go out of business and justice will be put in jeopardy. The committee proposes a Forensic Science Board to coordinate on strategy and a National Institute for Forensic Science to set strategic priorities, and coordinate research and funding. Investment in research associated with digital evidence should be a priority. It also wants to expand the role of the Forensic Science Regulator (FSR).

The latest warnings follow problems with one commercial supplier of forensic services, Randox Testing Services. Dozens of drug–driving convictions were overturned in December 2018 after two employees were accused of data manipulation.

These [failures] will eventually result in a miscarriage of justice

Andrew Miller, former chair of the House of Commons science and technology committee

The government’s review has also come up with recommendations. These include making providers adhere to the FSR’s quality standards, ensuring commercial models are sustainable and open to investment, and implementing new forensic techniques more coherently. Many were included as commitments in the 2016 Forensic Science Strategy, the review notes, and ‘have since grown in urgency’. For example, it reports frustration over legislating to give the FSR statutory powers of enforcement, which was first promised in 2013.

The government’s 13-point implementation plan responds to these recommendations. Measures include stabilising the market through a new, long-term commercial strategy to better co-ordinate police forces’ approach to forensics, continuing to support Chris Green MP’s private member’s bill to give the FSR statutory powers, and working to establish a new ‘oversight mechanism’ for R&D.

‘Advances in chemistry are fundamental to develop the forensic technology and methodology needed to keep up with the changing nature of crime,’ explains Leanne Marle, programme manager for the Royal Society of Chemistry’s analytical division. ‘We welcome the House of Lords’ focus on the needs in this sector and their call for more investment and strategic oversight for forensic science research and development. Investment in the underpinning disciplines, such as analytical chemistry, along with provision for skills and training capabilities, is important for forensic science.’

However, Andrew Miller, formerly chair of the House of Commons science and technology committee and now a science policy adviser, says the government’s plan is a repeat of commitments that haven’t happened. ‘It is piecemeal, poorly thought out and doesn’t address the core problems, such as the lack of a holistic approach for scene of crime officers dealing with forensic evidence, and fragmented recording and archiving of data. These will eventually result in a miscarriage of justice.’

The key to change would be to get the Home Office and Ministry of Justice to coordinate, Miller suggests. ‘This just needs an instruction from Number 10 – a political knocking together of heads – but has not happened yet.’ The second point, he says, is to provide forensic science with a centralised strategy so services are available to all police forces and the various labs operate to a set of common standards. But the FSR has too little power to change this at present.

Robert Green, senior lecturer in forensic science at the University of Kent, is also critical. ‘Despite the number of previous enquiries and criticism of a forensic science strategy which is vague and incoherent, it seems we are pressing ahead with an implementation plan which is formed on a weak document that lacks detail and the pressing requirement for more research.’

The review’s scope was to address the operation and management of the market so the recommendations necessarily have a narrow focus, comments Ruth Morgan, director of University College London’s centre for forensic sciences. In contrast, the Lords’ report offers broader recommendations because its inquiry addressed the whole forensic science system. Morgan, who was a specialist adviser to the Lords’ inquiry, believes the committee’s recommendations ‘have the power to make the vision set out in the Home Office review a reality’. But for wholesale change to happen, investment is needed across the whole system, she stresses.

‘The goal of this action plan is to be applauded but no amount of tinkering with the structures can make up for the shortfall in funding which is driving the service to breaking point,’ say Garry Graham, deputy general secretary of trade union Prospect that represents forensic science employees. ‘Our members worry that this [plan] will be used as a cost-cutting exercise and not as a means to improve the service. There is a real danger that this situation will only get worse as different police forces seek to pool resources. Police forces must not underestimate the resources required to maintain strict quality standards. This demands skilled staff and investment in science and technology.’

Currently, police services commission forensic services from a mix of in-house and commercial providers. Commercial forensics firms are mainly accredited by the UK Accreditation Service, but the government’s review warns that it is concerned about the lack of enforcement of quality standards and unaccredited laboratories.

There are real benefits to having some forensic science delivered externally, says Green, as the private sector appears more agile in delivery and turnaround. ‘However, it seems inequitable that external forensic provision must pass frequent regulatory accreditation (with associated expenses) whereas many in-house services do not possess this kitemark. The raising of standards through accreditation applies to all and not merely to external providers.’

Morgan agrees commercial provision has led to faster turnaround times, but reports signs that funding constraints mean less analysis is happening. ‘There are a lot of challenges in a market system, especially around procurement and sustainability. Cost becomes a very significant driver.’ While she notes accreditation can provide quality assurance, it cannot remove the uncertainty or risk that is part of the scientific endeavour. ‘Accreditation can get us so far, but it can’t be the sole means of addressing the challenges in the market.’

Another significant challenge is how to provide robust interpretations of forensic evidence, says Morgan. ‘This is an area that has not been funded sufficiently and it is a serious problem. Although research has been done in some disciplines, there is a notable dearth of peer-reviewed, published studies establishing the scientific bases and validity of many forensic methods.’