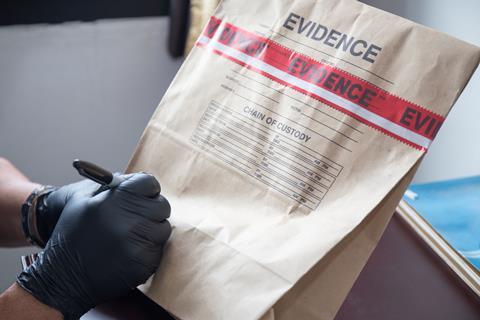 Investigations into alleged data manipulation by employees at the forensic toxicology company Randox Testing Services (RTS) indicate that more than 10,000 cases across 42 police forces may have been affected by unreliable test results.

Three quarters of these cases are Road Traffic Act offences, such as drug driving, and the retesting programme is expected to take about two to three years to complete. Early results from retesting, paid for by RTS, have identified no impact on crime cases such as sexual offences, violence or homicide. Two road deaths have been referred to the Court of Appeal.

‘With limited expert capacity with the forensics market, our primary aim is to prioritise the most serious and pressing cases for retesting while ensuring we don’t delay urgent and important current cases,’ said Deputy Chief Constable James Vaughan, forensics lead at the National Police Chiefs’ Council, in a statement. ‘As a result around 70% of the highest priority cases have been submitted for retesting with the rest expected to be completed by mid-2018.’

RTS, which is headquartered in Belfast, notified the Forensic Science Regulator (FSR) in January that it had discovered improper manipulation of quality control data at its Manchester laboratory. Batches of work that had failed quality checks were made to appear as if they had passed. Instead of repeating the analysis, the results were passed to the Criminal Justice System. Two members of staff have been dismissed and remain on police bail, and forensic toxicology work suspended at the Manchester site. A further five individuals have been interviewed under caution, but have not been arrested.

It is believed that the manipulation may have begun when the arrested individuals worked for Trimega, a company that provided toxicology services to the family courts. This company no longer operates, but RTS bought lab equipment and facilities from Trimega, so the retrospective review of affected cases could be complex and lengthy.

In a statement to reporters, Liberal Democrat MP Norman Lamb, who leads the House of Commons Science and Technology Committee, said he was ‘deeply concerned’ about the Randox scandal.

‘It raises again the issues that the Committee probed earlier this year about the accreditation of forensics labs, the need to put the Forensic Science Regulator on a statutory footing, a fragmenting network of laboratories and the market’s ability to deal with changing patterns of different types of forensic testing workloads,’ he added.

In a letter to the Committee, the FSR’s Gillian Tully said the loss of forensic toxicology expertise following the closure of the Forensic Science Service in 2012 is still having an impact, and that the re-testing process will be lengthy because of a limited number of skilled experts. However, she stressed that the RTS case cannot be directly attributed to the FSS’s demise.

Tully also pointed out that the instability of some drugs combined with the different analytical approaches between could lead to additional complications. For example, when drugs degrade over time a sample which was, at the point of the original test, in excess of the legal limit, may now fall under it.

Kelly Sheridan, a senior lecturer in forensic science at Northumbria University, UK, agrees that this case cannot be blamed on the closure of the FSS, and that ‘rogue employees can crop up anywhere.’

‘However, fragmentation of the market and driving down of the quality of forensic science is a direct result of the closure of the FSS,’ she says. ‘The FSS was set up originally to create independence from police, but now police dictate what tests are done or have their own labs.’

‘This case highlights the dangers and repercussions of what happens when forensics go wrong … The courts and the juries need to be able to place complete faith in the system.’