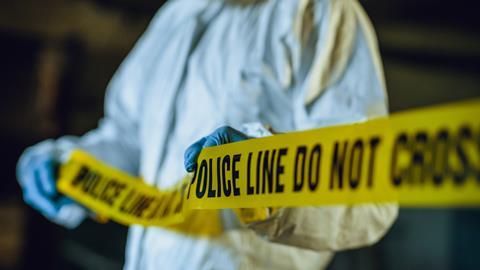 Regulator repeats warnings on forensics shortcomings in England and Wales

Once again, the government has been urged to act urgently to safeguard forensic science in England and Wales. The Forensic Science Regulator (FSR), Gillian Tully, highlights in her annual report the need to fix skills shortages, particularly in digital forensics and toxicology, and improve outcomes in court.

While recognising that improvements have been made, Tully says ‘gaps in quality’ present a real risk that unreliable evidence could be used in court. ‘The reality is that forensic science has been operating on a knife-edge for years,’ she comments.

During November 2018 and November 2019, the FSR received 105 referrals, up from 85 the previous year. The most significant was a cyberattack last summer on Eurofins Forensic Services (EFS), one of the largest commercial providers. All work stopped for seven weeks. Even though the National Police Chiefs’ Council and other providers worked hard to maintain services, they were rationed and delivery times extended. ‘The impact on the provider and on the criminal justice system was extreme,’ the report states. The National Cyber Security Centre has now worked with all major providers to improve security.

Other issues highlighted in the report include the continued lack of legislation for statutory enforcement powers for the regulator, no accreditation for CCTV comparison work and the removal of over 1100 contaminated DNA profiles stored on the National DNA Database.

However, the regulator welcomed the government’s commitment to invest more than £28 million in 2020–21 in the transforming forensics programme, which provides services, products and support for the forensic community. A new Forensic Capability Network (FCN), a national network to coordinate forensic science in policing, will also be set up in April 2020, and will bring together expertise from police forces and industry.

Kelly Sheridan, a senior lecturer in forensic science at Northumbria University, says the regulator’s findings are no surprise to anyone in the sector. ‘Although Dr Tully’s latest report may be a bit more forceful, she has warned about the issues before. I really don’t know what it will take for the government to take meaningful action.’ On the attack on EFS, she says it was a huge surprise and very concerning. ‘Beyond the issue of the affected data systems, the impact of the shutdown in terms of forensic services and case progression across the sector only serves to demonstrate how unstable the market is.’

The regulator’s report reflects the many serious issues troubling the sector, says Robert Green from the University of Kent. ‘Take accreditation. How can it be that the external forensic science providers must achieve ISO 17025 quality standards before even being allowed to bid for work, whilst at the same time 70% of police services are allowed to continue to operate unaccredited?’ Green also questions the thinking behind the FCN. ‘We have external providers being squeezed to the point where some services are only marginally viable whilst at the same time providing substantial funding to the FCN.’