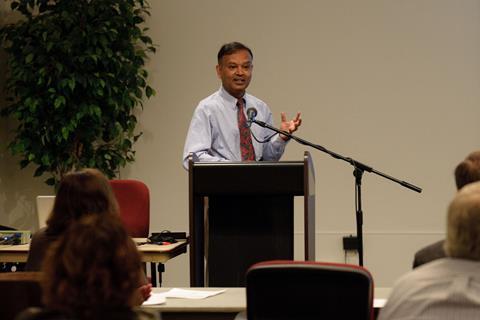 A former senior nanotechnologist at Nasa who admitted to secretly participating in the Chinese government’s ‘Thousand Talents’ recruitment programme earlier this year has received a 30-day prison sentence for lying to officials about his undisclosed connections.

Meyya Meyyappan, who pleaded guilty back in January to one count of making false statements to Nasa, the Federal Bureau of Investigations (FBI) and the Department of Justice (DOJ), had worked for Nasa from 1996 until early 2021 and was the chief scientist for exploration technology at Ames Research Center’s nanotechnology centre in California. On 16 June, a US District Judge imposed a prison sentence, and also ordered the 66-year-old to pay a $100,000 (£72,000) fine.

Born in India, Meyyappan went on to become a naturalised US citizen and founding member of the White House’s interagency working group on nanotechnology, which was created in 1998 to develop the US National Nanotechnology Initiative. He also held professorships at universities in China, South Korea and Japan, and failed to disclose these positions to Nasa and the US Office of Government Ethics, according to the DOJ.

‘As a senior Nasa scientist with access to sensitive and confidential US government technologies and intellectual property, Meyya Meyyappan was understandably subject to restrictions regarding outside employment and compensation,’ said US Attorney Audrey Strauss. ‘When questioned by the FBI and Nasa, Meyyappan gave false statements regarding his employment by a Chinese government-funded programme that recruited individuals with access to foreign technologies and intellectual property.’