Jack Lewis, inorganic chemist and member of the House of Lords, has died aged 86 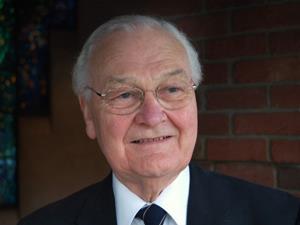 Lord Lewis, the former president of the Royal Society of Chemistry, has died aged 86. Lewis was known for his inorganic chemistry research, as well as his contributions to science policy in the House of Lords.

Robert Parker, chief executive of the Royal Society of Chemistry, said: ‘Since 2008 we have awarded an annual prize in Lord Lewis’ name, for “distinctive and distinguished chemical or scientific achievements, together with significant contributions to the development of science policy”. Jack Lewis’ own contribution to the chemical sciences was certainly distinguished and he had a profound and positive influence on science policy. I am deeply saddened to hear of his death but he leaves a legacy of excellence from the lab to the Lords.’