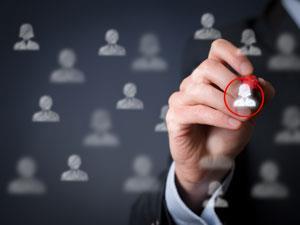 At the request of three Congresswomen the US Government Accountability Office (GAO) has launched an investigation into whether gender bias is influencing the awarding of research grants, which would be illegal under US law.

There is evidence of gender disparity in science, technology, engineering and mathematics (Stem) research at US universities and 4 year colleges – women hold only 35% of all tenured and tenure-track positions and 17% of full professor positions in Stem fields. This discrepancy has motivated numerous studies to discover factors that could be holding women back.

Funding bias could certainly be one of those factors, but the GAO investigation has quickly hit a road block. Three of the six largest funding agencies – the Department of Energy (DOE), Department of Defense (DOD), and Nasa – have not been collecting demographic information on grant applicants. ‘It is surprising to me that after decades of efforts to understand gender inequality and to recruit and retain women in Stem, the agencies are not collecting the data,’ says Heather Metcalf, director of research and analysis at the Association for Women in Science (AWIS). ‘The federal government cannot know if a problem persists or if interventions are effectively removing barriers to participation without meaningful data collection and analysis.’

Data from the two largest US funding agencies – the National Science Foundation (NSF) and the National Institutes of Health (NIH), along with the smaller US Department of Agriculture, suggests that under their umbrellas the interventions are working. Bias in funding is not apparent: women are slightly more successful than men in obtaining grants from the NSF, while men are more successful when it comes to NIH funding. But without data from the DOD, DOE and Nasa, who are responsible for more than $4 billion (£2.7 billion) of grant funding each year, and who focus on materials and engineering areas that are often considered most problematic for gender equality, the picture is incomplete. ‘It’s not a matter of whether gender bias exists or not. There is a lot of evidence that it exists,’ says Metcalf. ‘Data can make people more aware of their biases so that they can take steps to ensure it does not influence the decisions they make in the work environment.’