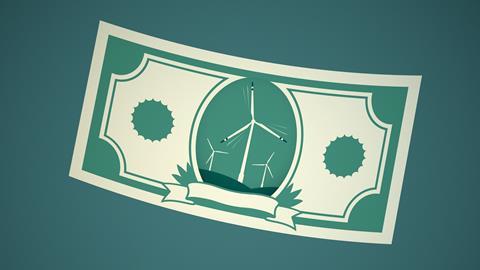 With Cop26 over and the circus having moved on, we’re left to consider what difference it will make. There’s the good: pledges to curb methane, end deforestation and rein in coal. The bad: failure to reach agreement on phasing out subsidies for fossil fuels and watering down language on phasing out coal. And the ugly: the analysis that revealed even if the world achieves the targets it’s set itself at Cop26 and Paris temperatures are still projected to rise by 2.4°C by the end of the century.

Things aren’t looking great when it comes to tackling climate change before things get really hairy. While many pledges were made on moving economies over to net zero by the middle of the century, the scale of the task is daunting. Only around 11% of the world’s total energy needs are currently met by renewable energy. The world still has a serious oil, gas and coal problem, with 78% of total energy needs met by the fuels causing runaway climate change. But things may not be as bad as they seem.

‘To the timid and hesitating everything is impossible because it seems so’ – this bon mot from novelist Walter Scott perfectly encapsulates the problem. A huge change in the way the world powers itself is needed, but it appears insurmountable. But a new analysis by researchers at the University of Oxford points out that transitioning to new technologies often occurs far faster than imagined – and with far less pain.

Renewable energy technologies that offer cleaner, greener energy have almost without exception been sold short by conservative estimates on how fast and far costs will fall and how quickly they can be deployed. Photovoltaics have consistently beaten the modelled costs. On top of this, they’ve also repeatedly smashed floor costs – fixed outlays it was assumed could never be beaten. And between 1995 and 2018 the cost of lithium-ion batteries has dropped, on average, by 12% per year, while production increased by 30% per year.

These plummeting costs mean that we have entered an era of ‘unprecedented energy diversity’ with many technologies – including legacy fossil fuels – competing at around the $100/MWh (£74/MWh) benchmark with further cost-cutting still possible for renewables. If current rates of deployment of wind power, photovoltaics, batteries and electrolysers continue to expand at the same rates for the next decade we could actually hit net zero in as little as 25 years. The 1.5°C target could still be met. On top of all this – echoing the 2006 Stern Review – making the change to renewables saves trillions of pounds over carrying on as we are. And that’s without even taking into account the damage that climate change will wreak on the world.

There’s no point in kidding ourselves though, there’s a long way to go. There will be unpleasant surprises along the way, along with the need to cut emissions from sectors beyond energy, such as agriculture. Perhaps the biggest contribution governments can still make is to champion clean energy technologies and end backing for fossil fuels. Things aren’t completely hopeless, but the hour is late if we’re serious about the problem. That’s the real message that we need to take away from Cop26.