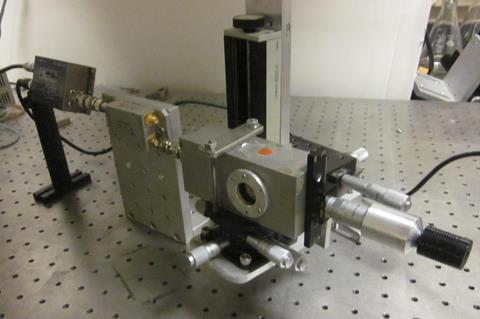 The accuracy of atmospheric gas detection has been significantly improved by researchers in China and the US. The team, led by Gerald Diebold, an expert in the photoacoustic effect at Brown University, were able to detect concentrations of gas at parts per quadrillion – a million billion.

The photoacoustic effect is already the most practical and widely-used method for atmospheric pollutant detection, but until recently it was only possible to detect concentrations of gas down to parts per trillion. This made it difficult to detect trace pollutants in the atmosphere. At the most basic level, the photoacoustic effect occurs when a beam of light passes through a gas and is absorbed by the particles. This absorption causes the gas to expand, generating a pressure wave that can be detected as sound. The issue with this technique is that as the concentration of the particles in the air decreases, the strength of the signal also decreases until it can no longer be detected.

In order to reach parts per quadrillion accuracy, Diebold and his colleagues relied on the combined effects of three different resonances in order to amplify the signal. These were generated by the combined effects of two lasers, a piezoelectric crystal and the precise length of the detection chamber. When taken together, the signal was increased with each resonance enabling the refined accuracy.

An important feature of this discovery is that trace gas detection can be carried out continually, without the usual sampling and injection technique that has previously been necessary. Due to this, constant monitoring of atmospheric pollutants will be able to be carried out without having to block background noise.