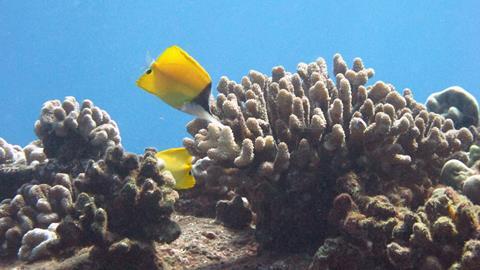 Hawaii has implemented the world’s first ban on sunscreens containing the chemicals oxybenzone and octinoxate, and it goes into effect on 1 January 2021. The legislation, which passed Hawaii’s state House and Senate in May, prohibits the sale and distribution of such products in Hawaii, and it was signed into law by governor David Ige earlier this month. The measure aims to protect Hawaii’s marine ecosystems, since research indicates that oxybenzone and octinoxate are toxic to corals and other aquatic life.

Studies have shown that these two chemicals induce coral bleaching, are damaging to coral larvae and act as endocrine disrupters. In addition, oxybenzone and octinoxate have been associated with harmful impacts to human reproductive health. The deferred implementation date for the ban will allow sunscreen companies time to reformulate their products.

While environmental groups celebrated the new law, trade associations such as the Personal Care products Council expressed concerns. It described the ban as misguided and added that it will likely provide minimal environmental benefits while restricting the access of Hawaiians and tourists to effective sunscreens that prevent skin cancer.

The Consumer Healthcare Products Association, which represents over-the-counter drug and nutritional supplement manufacturers and distributors, estimates that the new law will ban at least 70% of the sunscreens currently on the market. The lobby groups suggest that the action is based on questionable science that blames these products for coral reef damage, rather than global warming, agricultural runoff, sewage and overfishing.