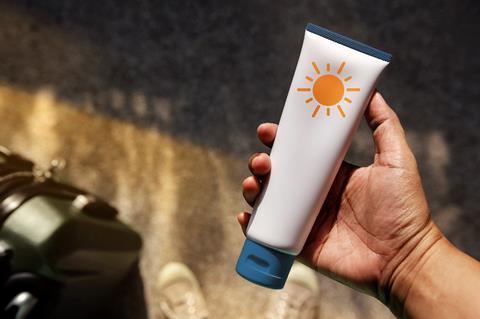 The US Food and Drug Administration (FDA) has found that after a single application six common sunscreen chemicals – avobenzone, oxybenzone, octocrylene, homosalate, octisalate and octinoxate – are absorbed into the bloodstream at levels that warrant further safety testing.

The FDA researchers applied one of four sunscreens that contained those six active ingredients to 48 healthy volunteers for four days. In the subsequent three weeks, the study participants underwent blood testing to determine if these UV filters were detectable.

They found that the average level of these ingredients in the research subjects’ blood was higher than the 0.5 ng/mL threshold that the FDA has established as a benchmark for whether a substance requires further safety analysis.

‘Results from our study released today show there is evidence that some sunscreen active ingredients may be absorbed. However, the fact that an ingredient is absorbed through the skin and into the body does not mean that the ingredient is unsafe, nor does the FDA seeking further information indicate such,’ said Janet Woodcock, who directs the FDA’s Center for Drug Evaluation and Research. She called for further testing by industry to determine the safety of chronic use of these ingredients.

Bans on some of these ingredients are already being rolled out. The Pacific island nation of Palau has implemented a ban on the sale of sunblocks that contain any one of 10 chemicals considered ‘reef toxic’, including oxybenzone, octinoxate and octocrylene. The US city of Key West, Florida banned sunscreens containing oxybenzone and octinoxate nearly a year ago, in response to evidence indicating that the ingredients damage coral reefs. Hawaii introduced the world’s first ban on two sunscreen ingredients in July 2018.

These laws are controversial, even for researchers who study marine ecosystems. ‘This just feels like greenwashing, where the blame gets shifted from obvious culprits like ocean warming,’ warns John Bruno, a marine ecologist at the University of North Carolina-Chapel Hill in the US. ‘I don’t think the definitive tests have been done yet, but there is overwhelming evidence indirectly suggesting this is not a problem – the world’s most isolated reefs are no better off than reefs next to cities,’ he tells Chemistry World.