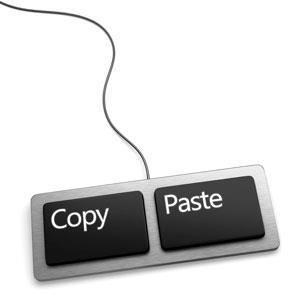 South Korea is embroiled in a huge plagiarism scandal, with 179 professors at 110 universities facing criminal charges for copying content from previously published textbooks written by others. The academics implicated made only minor changes to the texts, and then republished them with redesigned covers under their own names.

The scams were carried out with the connivance of publishers who wanted to offload unsold textbooks, according to prosecutors who announced in November 2015 that around 200 professors and employees at four publishing companies were being investigated. In many cases the textbooks were republished with the approval of the original authors, who received a portion of the royalties and apparently also wanted to maintain favourable relations with publishers. Such textbook scams have been ongoing in South Korea since the early 1980s.

Prosecutors filed criminal charges against 179 professors and five employees at four publishers in December last year. Some 38 textbook titles in disciplines including chemistry, civil and mechanical engineering, and architecture had been plagiarised. Most of the ‘new’ textbooks were sold at campus bookstores to students in the classes of the plagiarising author.

Lawrence Saidman, an emeritus professor of anaesthesiology at Stanford University in the US who has written about textbook plagiarism, tells Chemistry World that he was ‘amazed at the breadth of this scandal’. ‘What a mess!’

According to a report from Retraction Watch, around 75 of the professors will be tried on criminal charges and could be fined up to KRW50 million (£29,250) and sentenced to up to five years in prison. The remaining professors, which include the original authors of the textbooks, face fines of up to KRW3 million.

Most universities are able to dismiss professors fined KRW3 million or more. Bae Young-Chan, a professor of chemical engineering at Hanyang University in Seoul, told Retraction Watch he expects up to 90% of the professors involved to be fired by their universities.

Ka Young Rhee, an anaesthesiologist at Konkuk University Medical Center in South Korea, says that every university in the country has a system in place to evaluate staff that rewards them for publishing. Academics earn the most points in evaluations for publishing in international journals, but also collect points for authorship of textbooks, which she says ‘could be a motivation for professors to commit misconduct’. As to whether universities will face penalties if any of their professors are convicted in the textbook scam, she says: ‘This case might influence governmental grants to [those] universities.’

Steven Shafer, a professor of anaesthesiology at Stanford and an expert on textbook plagiarism, says that this case is not typical of scientific plagiarism, as publishers, original authors and new authors worked together. ‘Scholars consider the theft of ideas to be misconduct, because the plagiarist is misrepresenting the scholarship of another person as his or her own scholarship,’ says Shafer. ‘However, while it is therefore academic misconduct, it isn’t illegal.’

For them plagiarism was simply the status quo, but I doubt that this is representative of papers from Korea

He adds that in the US and Europe textbook publishers typically own the copyright for textbooks. The authors are fully entitled under law to put on any name they want and ‘there is no legal issue’, he says, although it would still be defined as ‘academic misconduct’. But the South Korean case, he says, is ‘an organised effort to commit fraud on a large scale’. The authors appear to have been involved in criminal conspiracy, he adds. ‘I think that is where they crossed the line from academic misconduct to criminal misconduct.’

A number of major scientific scandals have come to light in South Korea over the years, with perhaps the biggest involving stem cell researcher Hwang Woo-suk. In 2005 it was revealed that many of his experiments published in high profile journals had been fabricated. Since then, efforts to tackle scientific misconduct in South Korea have been underway.

A recent editorial in the The Korean Herald calls the textbook cover-swapping scam ‘deplorable’ and calls for the perpetrators to be severely punished. ‘We cannot make Korea an advanced country without elevating the standard of scholarship,’ the editorial notes. ‘Prosecutors need to expand their investigations to crack down on other forms of research misconduct.’

Shafer says that in his 10 years as editor-in-chief of the journal Anesthesia & Analgesia, he has seen examples of plagiarism from all over the world, but that he has banned submissions from only one place. A department at one major university in South Korea who repeatedly sent him plagiarised manuscripts. ‘Clearly, for them plagiarism was simply the status quo,’ he says. ‘It was accepted by the department chair. Is this representative of papers from Korea? I doubt it. I receive papers from many universities in Korea. The incidence of plagiarism in those papers is no different than in papers from anywhere else.’