Immigration battle set to freeze Swiss out of European research 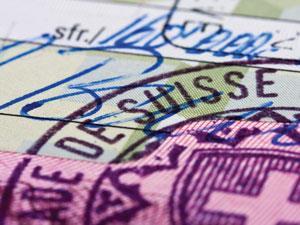 The EU has suspended negotiations with Switzerland on the Horizon 2020 and Erasmus+ research and education programmes – worth €94.7 billion (£77.8 billion) combined – after the Swiss government said it could not sign an agreement to open its borders to immigrants from the EU’s newest member – Croatia. This follows a Swiss referendum that narrowly backed a proposal to reintroduce immigration quotas for the EU. In spite of this, Swiss scientists have been told that ‘research knows no frontiers’ and been urged to press ahead and apply for European research funding.

Last autumn, the Swiss government approved a CHF4.4 billion contribution towards the seven year Horizon 2020 research programme. Under its predecessor, the Seventh Framework Programme, Switzerland contributed €1.6 billion (£1.3 billion), and its researchers received over €1.8 billion of funding – making the EU one of its principal sources of research income.

Heads of 39 universities and science academies have written to the government urging it to resolve the crisis, which will affect exchange students and researchers first. Deadlines for next year’s Erasmus+ and European Research Council (ERC) programmes are now just weeks away. The Swiss State Secretariat for Education, Research and Innovation (SERI) says it’s been inundated by calls from worried students, so resolution is urgently needed. However, current students and visiting researchers will be unaffected.

Wendelin Stark, head of the functional materials laboratory at ETH Zurich said the institute hosts many students from abroad. ‘It is unfair that a political battle is being fought on the backs of those who have the least influence – students,’ he says. In 2011–12, 2600 Swiss students studied abroad, with a similar number coming to study in Switzerland. Swiss institutions hosted 300 European Research Council grant winners, supported by over €540 million.

Jérôme Grosse, at the Swiss Federal Institute of Technology in Lausanne (EPFL), points out that universities don’t normally get involved in politics but says Switzerland is too small a country to make do without international students. At EPFL 70% of its PhD programme is made up of foreign students, as are half of its tenure track professors. He says that the EU should consider that 45% of students are international and student fees are low – thanks to the Swiss taxpayer – ‘so it’s a win–win situation’.

Switzerland has been an ‘associated’ country in EU research programmes since 2004, and it had expected that the agreement would be renewed so that its scientists could apply for funding just as those from other EU states can. But Philipp Langer, head of EU framework programmes at SERI, says the parliament anticipated negotiations for full association might take longer, so put in place contingency planning.

Potentially, Switzerland could revert to a prior ‘third country’ arrangement where the Swiss government puts up funds for researchers who apply to become part of a consortium. The government is working with the EU to agree a solution by September, when the first Horizon 2020 contracts are expected to be signed. However, under ‘third country’ status it would not be able to host ERC grant holders: a situation that has been likened to being shut out of the Olympics.

For Stark however, the controversy may open up a debate about EU framework projects. He says he usually turns down offers to join these programmes because he does not ‘follow the reasoning that says you have to have large clusters of people in different countries to tackle a big problem… If I think about the large inventions there have been, they’re made by small, dedicated, exceptionally good teams working closely together and often with reasonably unlimited funds and freedom.’ When he has been involved, he has been shocked at the detailed level of planning for outcomes three to five years ahead. ‘The scientific reality is often very different.’