India’s food safety watchdog has pledged to expedite regulations around foods that contain material from genetically modified (GM) organisms, after a study revealed widespread illegal sale of such products. 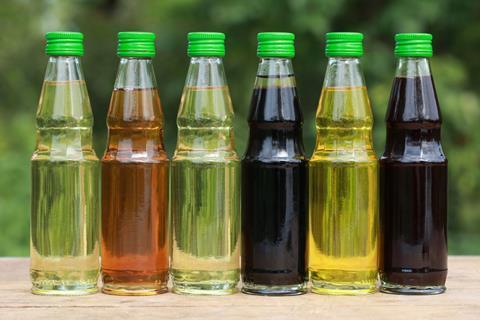 Many foods contain GM ingredients thanks to widespread cultivation of GM varieties of corn, soya and rapeseed for vegetable oils

India’s food safety law bars companies from selling GM products without an official permit. However, in the absence of a comprehensive regulatory mechanism, firms have been flouting the law.

A study by the Centre for Science and Environment (CSE), a New Delhi based charity, found that edible oils, infant formula, and packaged foods available across several states include some form of GM components.

In response to the CSE study, the Food Safety and Standards Authority of India (FSSAI) stated that the process to draft new regulations on sale, safety assessment, labelling and import of GM foods is underway. It did not indicate when these regulations would be finalised.

While the World Health Organization and other major health bodies consider most GM food safe for consumption, many consumers are wary of the technology and desire labelling to enable them to make personal choices about what they eat. The only GM crop allowed to be grown in India is cotton, which appears in food as cottonseed oil. However, imported products or those with imported ingredients can also include GM ingredients from crops like soya, rapeseed and maize.

A draft food labelling law released by the FSSAI in April suggested that food products with less than 5% GM ingredients by weight will not require labelling. This is in line with permitted thresholds for many countries, including Japan and Canada, and is intended to account for unavoidable inclusion of GM material where crops are not routinely separated in global supply chains.

The CSE has contested the threshold limit. ‘We think the limit of 5% by weight of ingredients is very relaxed,’ says Sonam Taneja. She suggests that the limit should be based on the proportion of foreign DNA present, adding that products should be labelled when 1% of the DNA present from any specific crop comes from GM sources. This would be more in line with regulations in the EU and Australia.