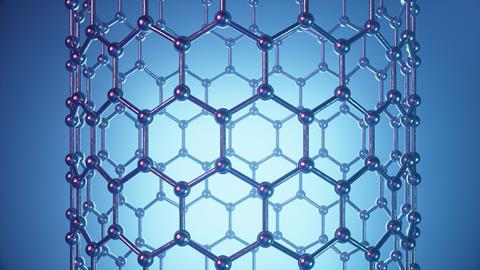 A survey of 5000 people from five European countries has shown that the majority – 87% – want to be informed when buying a product containing nanomaterials. Nevertheless, awareness of the nanotechnology’s benefits and risks remains low – something the EU Observatory for Nanomaterials (EUON) hopes a large-scale campaign might remedy.

EUON, which is funded by the European commission, asked 1000 people in Austria, Bulgaria, Finland, France and Poland about their attitudes towards nanomaterials. Generally, people who didn’t attend university, were aged over 50 or between 30 and 39, were most concerned about or unaware of nanomaterials in everyday items. Only 65% of respondents, most of them with an undergraduate degree or higher and living in big cities, felt well informed about nanomaterials. This number has increased since 2010, when it was 47%.

Respondents tended to agree with nanomaterials’ use in tyres, wastewater treatment or electronics, but were more cautious about nanomaterial-containing products they might come into direct contact with such as food, medicines, cosmetics, clothing, detergents and toys. 87% said they would like such products to be labelled.

Overall, however, nanomaterials weren’t a source of concern for most respondents. Only 25% worried about nanotechnology’s impact on health and the environment, compared with 75% who were worried about pesticides, plastic waste and genetically modified organisms.

Large-scale campaigns that include internet, TV, newspapers and schools could help communicate different nanomaterials’ benefits, safety and risks to the public, EUON concludes. They also recommend expanding the survey to all 27 EU countries and further research into what kind of labelling people would find most useful.