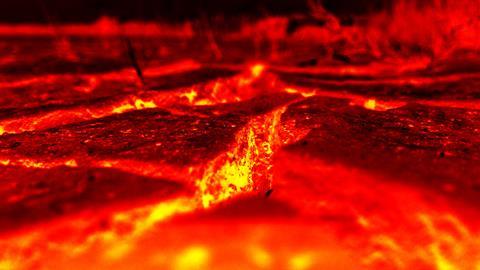 Findings could also explain differences between the atmospheres of different planets

A new study shows that disproportionation reactions involving iron in the early Earth’s molten oceans allowed carbon dioxide to be pumped underground and stored as diamond. The findings could unravel the mystery behind how most of Earth’s carbon became locked in its interior.

In its early days, the surface of Earth was covered by oceans of magma. The Earth’s mantle at this time was strongly reduced; however, measurements of oxygen in the Earth’s oldest rocks show that by the time the first rocks had formed, the Earth’s mantle had changed – something had oxidised it.

One theory involves bridgmanite, (Mg,Fe)SiO3, the most abundant mineral in the Earth’s mantle. Bridgmanite prefers its iron to be in the ferric state, as Fe(III).. However, when more of this mineral is made in the presence of Fe(II), the ferrous iron undergoes a disproportionation reaction, self-oxidising and reducing to produce Fe(III) and iron metal, oxidising the mantle.

Now, a team of researchers from the University of Bayreuth in Germany have found that this reaction takes place even after the mineral has lost its crystal structure. Using a large volume press, the researchers applied 23GPa to their sample and ran a current through it, creating a silicate melt similar to the magma present on early Earth.

‘What happens is you have this disproportionation in the melt, and the iron metal goes down to the core. So then you have an unbalanced charge, which leaves Fe3+ behind, which then convects to the top of the mantle,’ says Catherine McCammon from the Bayreuth team. ‘When we look at the bigger picture, we see that there is a strong gradient in oxidation state within the molten Earth, and this creates the possibility for electrons to be mobile.’

Through this redox gradient, mobile electrons can influence other elements – such as carbon. Carbon dioxide from the atmosphere could be pumped underground, being reduced to diamond and stored. This would explain why other volatiles in the atmosphere, such as hydrogen and nitrogen, aren’t concentrated underground the way carbon is – most of the carbon on Earth is stored in crustal rock. 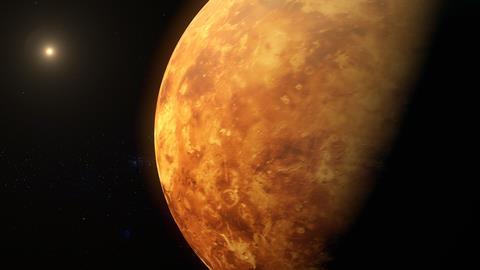 The researchers also speculate the process could explain differences between the atmospheres of different planets. The magma oceans on Earth were formed when the planet was bombarded by meteorites. Venus, which never experienced such impacts, never had deep magma oceans. This could be why its atmosphere is much richer in carbon dioxide.

‘I like the idea … it really does help explain why Earth’s mantle is relatively oxidised,’ says James Kasting, a geoscientist at Penn State University, US. ‘[This mechanism] explains things that could not be explained with any other mechanism that I’m familiar with.’