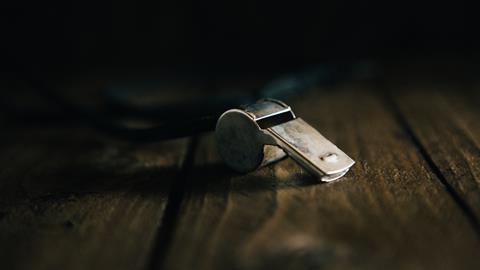 Early-career researchers are less likely to report research misconduct when they come across such activity than senior faculty, a survey of more than 1100 researchers at eight European universities has found.

Researchers were more likely to report clear-cut cases of misbehaviour including plagiarism, text recycling and data falsification. While more nuanced or contested research practices that are considered questionable, such as disputes over attribution on author lists, and cherry picking of data and selective reporting, more often go unreported, the survey finds.

The new study follows another survey of more than 600 academics at Australian institutions published last month, which found that a third of early-career researchers have been affected by colleagues’ questionable research practices (QRPs) at their institution.

Early-career researchers are less likely to blow the whistle for two main reasons, says study co-author Serge Horbach, who studies research integrity at Radboud University in the Netherlands. The first is that they feel vulnerable to the repercussions of reporting misconduct and believe they have more to lose, he says. The second is that they aren’t aware of the appropriate procedures to make complaints.

‘Reporting these cases, having institutions investigate them and issuing sanctions where necessary are important to define norms in science,’ Horbach says. ‘By not talking about these cases openly, we hinder that process.’

The new survey results are in line with previous research in the area, says Daniele Fanelli, who studies research misconduct, ethics and bias at the London School of Economics, UK. ‘It is plausible to expect that more junior individuals in a precarious working position are less likely to “rock the boat” with an allegation,’ he says.

Matt Hodgkinson, head of research integrity at the open-access publisher Hindawi, notes that senior researchers have had longer to come across misconduct during their career. Junior researchers sometimes conflate QRPs with outright misconduct, he says. ‘It might be helpful to limit labelling QRPs as “misconduct” and instead aim to decouple findings of facts (what was done, how it happened, what should be done to address it and what can avoid it in future) from blame and sanctions, which might help avoid a culture of cover-ups.’

Fanelli, who has previously conducted misconduct investigations, says professional and personal rivalries are often at the root of misconduct allegations. ‘Policies need to strike an optimal balance between ensuring the protection of whistleblowers and requiring adequate evidential standards for allegations, in order to ensure that allegations are made with integrity, not frivolously or maliciously.’