The only way is ethics 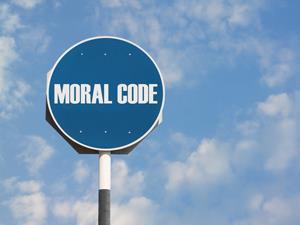 Last year, bioethicist Paul Root Wolpe of Emory University’s Center for Ethics, US, warned that up to 33% of scientists had knowledge of a colleague fabricating, falsifying or modifying research data, and 2% had admitted they had done so at least once. As Robert Nerem of Georgia Institute of Technology warned at the time: ‘Either the research community addresses these problems, or the government will.’ Elsewhere, in South Korea, 179 professors at 110 universities are facing criminal charges for plagiarism.

These incidents – and other, similar problems around the world – raise the question of whether we need to revisit our codes of ethics. Both the American Chemical Society and Royal Society of Chemistry have professional codes of conduct (although I would wager many chemists do not know these even exist), which set out our ethical responsibilities. However, when breaches of these codes come to light, the question of enforcement naturally arises. How do we ensure that chemists, or the members of any other profession, behave responsibly?

One possible approach to enforcing our code of ethics is to require a licence to practise as a chemist. After all, physicians, lawyers, pharmacists and some engineers are licensed, which seems to suggest this is essential to being a proper profession. This is not the case. Barbers are licensed (and are certainly not professionals in the sense that chemists are). So are drivers, gun owners and dogs.

Would licensing reduce the ethical lapses that we see in chemistry? I doubt it

Instead of a mark of professionalism, licensing provides a legal enforcement mechanism for a code of ethics, with the ultimate threat that the licence can be revoked. Such a system might be worth the trouble to establish and maintain if it brought with it a significant benefit. However, it also requires bureaucracy to enforce these measures, such as a board of professional responsibility or an independent regulator – and personally I don’t see the advantages.

Licensing, along with registration and certification, are forms of consumer protection. In service professions, such as law or medicine, it is important to protect the public from incompetence and malpractice because lives are at stake. Chemistry is (with some exceptions) not a service profession in the same sense. While it is certainly important that the chemicals used by the public are safe, there are already mechanisms in place to ensure these requirements are met. In the US, government agencies such as the Food and Drug Administration and Environmental Protection Agency already protect the public and the environment. Indeed, it is hard to imagine any way in which the professional licensing of all individual chemists would provide the public additional protection against the dangers of chemicals, particularly since it is a long way from the research bench to the final product, and would require a string of ethical failures to cause a problem that affected a patient or consumer.

Would licensing reduce the ethical lapses that we see in chemistry? I doubt it. First, such problems would need to be reported to the relevant authority, and no profession is very good at reporting its own failings. We do not have a count of unreported ethical problems, but well-publicised cases where ethical failings have occurred, such as the Stafford Hospital scandal in the UK, suggest that most of us are reluctant to inform on our colleagues: we generally don’t want to embarrass our profession and undermine public trust. While it is vital that whistleblowing can take place, and those who do so are treated humanely by their professional community, this perception means it is likely only major problems would be reported; something we all hope would happen anyway.

Second, we need to recognise that the overall ethical climate of our profession is more strongly influenced by smaller issues: the data point wrongly excluded, the over-interpretation of results or credit not being properly given. It is here that we must make a difference.

If we feel that the ethical climate in chemistry needs improvement, the solution is to recognise the centrality of ethics in what we do. Ethical behaviour requires that a chemist understands the moral ideals and rules embodied in their code of ethics; is able to comprehend the complexity of ethically challenging situations; knows how to design a morally acceptable solution to the problem; and, finally, has the moral courage to do the right thing. None of these skills come naturally, so we need good education in professional ethics for students and an ongoing discussion about ethics more broadly in the chemistry community.

In addition, we need to revisit our existing codes of ethics regularly to see how well they convey the ethical standards of the profession, and how useful they are in guiding our ethical decision making.

Jeffrey Kovac is a chemistry professor at the University of Tennessee, Knoxville, US, and author of The ethical chemist: professionalism and ethics in science