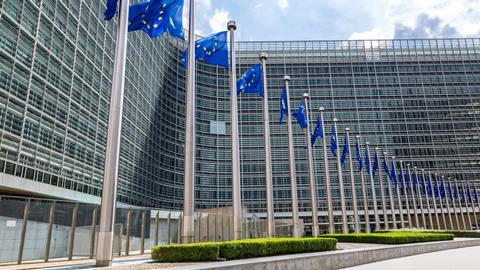 Lack of ambition in Europe’s next research programme disappoints

The proposed budget for the Erasmus+ programme – the EU’s education flagship – is €30 billion, well above the €14.7 billion in Horizon 2020. Erasmus+ has given just under 4% of young people in Europe the opportunity to study outside their home country, but the commission wants this doubled to 7.5%.

The proposals, however, received a tepid reception. The League of European Research Universities (LERU) notes that in March commission president Jean-Claude Juncker openly referred to a budget of €160 billion for the EU’s next research programme, which will be called Horizon Europe. In a statement LERU said the budget was not ambitious enough. The commission estimates that an increase to €160 billion would create 650,000 additional jobs and increase the bloc’s GDP by 0.46% by 2040.

‘To be clear, €100 billion is a bare minimum for an ambitious, well-functioning and impactful FP9 that will need to meet many challenges,’ said LERU’s secretary-general Kurt Deketelaere in a statement. ‘LERU therefore strongly calls on the European parliament and member states to agree on a further increase.’

Science Europe, an association of science funders and research organisations, welcomed what it called ‘the mild increase to €97.6 billion’, but described the budget for Horizon Europe as insufficient. ‘It is now up to the European parliament and the council to cement a more ambitious long-term blueprint in the final agreement,’ Science Europe’s secretary-general Stephan Kuster said in a statement.

Negotiations involving the European parliament and member states are expected to be protracted, especially since there will be no contributions from the UK. It is likely that member states will push the figure down for Horizon Europe during negotiations.

The commission has called for swift action on the budget, saying an early agreement is imperative. It warned that delays in implementing the new framework programme would incur losses of around 5000 jobs per month, or around 3 to 4% of EU research jobs. In total, the commission proposes a long-term budget of €1.14 trillion. The Brexit shortfall is to be covered in equal measure by new levies and savings to existing programmes, such as farm subsidies. Suggested new funding sources include revenue from the Emissions Trading Scheme, a 3% slice of a new consolidated corporate tax and a national contribution based on member states’ non-recycled packaging waste.

According to LERU, if the UK, Norway, Switzerland and Israel associate with the new framework programme, the budget would effectively increase to €120 billion. It says the current proposal represents a €35 billion rise, when one takes the UK contribution out.