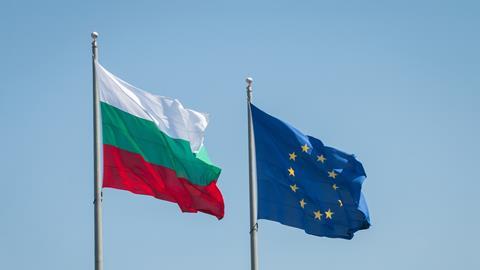 In January, Bulgaria took over the EU presidency. At a time when the country wants to highlight its achievements in becoming a modern European country its research languishes at near the bottom in European rankings.

Today, Bulgarian science subsists on starvation rations, with public research funding around a paltry 0.22% of GDP for the last five years – approximately €100 million (£89 million) – among the lowest in the EU28. Its scientific publication performance lags behind comparator countries such as Romania, Hungary and Slovakia too. Meanwhile, private sector R&D expenditure ticked up to 1% of GDP in 2015, up from 0.6% in 2012, thanks to international investment, particularly from industry.

‘For years now there have been significant reductions in the research budget, so that last year it fell to 0.21% of GDP,’ says Nikolai Denkov, a materials scientist at Sofia University and former minister of science. In the last five to six years, only around €8 million per year was available for grants, and in two of the last five years there wasn’t even a funding call, says Denkov. ‘This is peanuts,’ he adds. ‘Such low funding makes it impossible to maintain the research system and to attract young scientists.’ Most public money goes to the Bulgarian Academy of Sciences and agricultural academies to cover basic expenses.

In 2015, the Bulgarian government requested that the European commission support peer review of its science and innovation system. Led by Luc Soete, then chair of Maastricht University in the Netherlands, it recommended that public funding be increased to 1% of GDP and that performance-based funding be adopted. Bulgaria is second to bottom in attracting Horizon 2020 funding.

Last year, Soete wrote a follow up report. It highlighted fragmentation of the country’s science base, with more than 50 universities, 54 academy of sciences institutes and 25 agricultural academy institutes. There are currently 20 research institutes per million inhabitants, probably the highest per capita figure in the world. ‘There is an incredible number of universities, most of whom are not carrying out research, but are really education schools,’ says Soete.

He proposes a competitive funding mechanism that rewards top scientists and their institutions, and letting the rest become educational centres or merge. Eight to 10 universities ought to be enough for a country with 7 million people. His new report will blame significant public underfunding for weak research and poor innovation. It recommends that structural reform be accompanied by an extra €100 million euros. ‘That should be the carrot that gets the restructuring going,’ Soete suggests. The report is awaiting approval from the commission.

The Bulgarian parliament voted last year for a new science strategy that Denkov helped draw up. Laws were passed for new performance-based criteria for grants, institutional funding and academic careers. Denkov says other measures effectively paved the way for consolidation in the university sector, but ‘the ministry then didn’t do much about it, since it saw the opposition from some universities’. ‘Everyone knows which are the leading universities, but there will be opposition to the ideas of Professor Soete, especially from regional politicians,’ Denkov explains.

Many scientist have little faith in the present funding system. ‘There were issues around grants given to the wrong people in the past,’ says Conor O’Carroll, an independent consultant in higher education and part of the 2015 peer review. ‘The distribution of the meagre funds available to the [country’s] National Science Fund is badly flawed by the internal corruption that has plagued the institution for many years,’ adds soft matter physicist Victor Atanasov at the University of Sofia.

International peer review could help combat this lack of trust and it would be a positive step if grants were written in English. Soete’s report also spotlights a lack of trust among policymakers and the public, who remain unconvinced of the contribution research can make to Bulgaria’s economy. Yet Bulgaria once led the way in computing in the Soviet Bloc. After the Berlin Wall fell in 1989, the Bulgarian government did not see science as a priority and funding fell by the wayside. But the country retains strengths in physics, materials science, chemistry and chemical engineering.

Winning EU funding is difficult, however. ‘If someone wants to participate in a funding call in Horizon 2020, they must do it all themselves without support from the institution [to write grants],’ says O’Carroll. ‘There isn’t the funding to allow labs to buy significant pieces of equipment.’ O’Carroll also points to low salaries and meagre pensions, which means retired professors still work in universities – blocking the rise of younger colleagues. There is little mobility between institutions, and many young scientists emigrate.

Today, the scientific academies produce around half of all publications. They receive block grants from government and are not required to do any teaching. ‘I’d like to see much stronger collaboration between the academies and the education institutions, something like the collaboration you see between CNRS and the universities in France,’ Denkov says.

Bulgaria’s science has barely inched forward since it joined the EU in 2007. Soete is optimistic though: ‘If Bulgaria could really tackle this fragmentation, it can be a surprising performer in the next [EU] framework programmes, because in some areas they can be world class.’ The presidency is an opportunity to put reform in the spotlight.