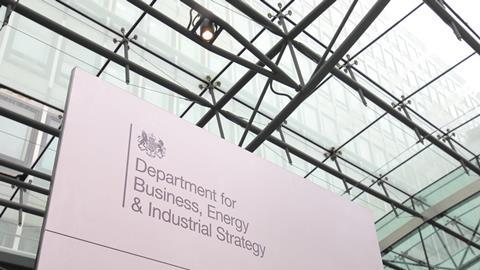 Announced in February, the creation of the Advanced Research and Invention Agency (Aria) was driven by Prime Minister Boris Johnson’s former chief adviser Dominic Cummings. It is modelled on the US Defense Advanced Research Projects Agency (Darpa) and aims to support ‘high risk, high reward’ projects.

When it was first announced, the government said Aria would be led by ‘world-leading scientists who will be given the freedom to identify and fund transformational science and technology at speed’. The government hopes that Aria will remove ‘unnecessary bureaucracy’ for researchers, although opponents have raised concerns that plans to exempt the agency from existing procurement rules could see it used as a ‘cover for cronyism’.

The Department for Business, Energy and Industrial Strategy (BEIS) has now advertised for a chief executive to head up the body. The job advert seeks ‘respected leaders’ in scientific fields, who will bring ‘an uncompromising sense of urgency, mission, risk-taking and trust’.

All applications will be assessed by an expert panel, which will include the government’s chief scientific adviser Patrick Vallance and Stanford University chemist Carolyn Bertozzi. Also on the panel is BEIS’s science director Jo Shanmugalingman, and former Darpa director Arati Prabhakar. The deadline for applications is 5 July.