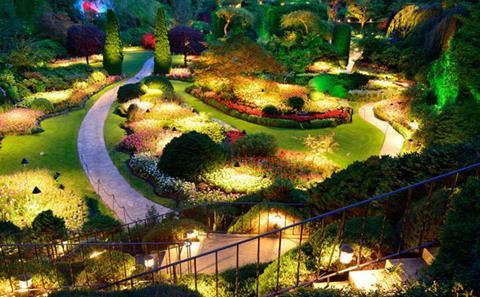 Lighting systems across much of the world are currently based on WLEDs, and there have been many advances to reduce energy consumption without loss of brightness. This is great news for indoor lighting but problems arise when these WLED systems are used for outdoor lighting.

Natural plant habitats, particularly those found in places that are normally dark at night, such as caves and forests, are being altered by artificial lighting because the increased illumination helps invasive species to thrive. Light at night also prevents flowers from blooming; decreasing crop yields and spoiling natural beauty spots.

Now, Tomohiko Nakajima and his colleagues at the National Institute of Advanced Industrial Science and Technology report a dysprosium-doped phosphor with yellow-white luminescence that is able to reduce photosynthesis, and therefore growth, in the model aquatic plant Chlorella to only 26% of what it would be under conventional WLEDs. The Dy-WLED does this by reducing red near-IR emissions, decreasing luminescence correlation with the photosynthetic action spectrum. Essentially, it has a spectrum that is invisible for plants.

Nakajima explains the team’s motivation for developing this technique: ‘Lighting at the Akiyoshido cave in Yamaguchi has bred new moss that had been never been seen there before. Human lighting destroyed the original ecosystem.’ 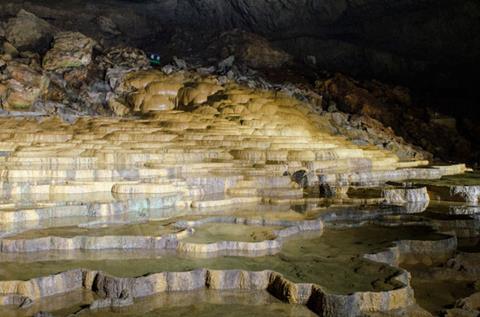 Timur Atabaev, an optics and photonics expert from Seoul National University in South Korea, agrees that the Dy-doped phosphor could be very useful as an artificial source of light. And according to Lukasz Marciniak, an expert in luminescence of rare earth ions at the Polish Academy of Sciences, these results ‘may change the way we think about the projection of light’.

Nakajima says the overall message of their results is clear: ‘brightness is not all’.