Electric vehicle manufacturer Tesla Motors has decided it will no longer pursue lawsuits against anyone using its patented technology.

Chief executive Elon Musk explained on the company’s blog that Tesla cannot tackle the carbon crisis alone: ‘If we clear a path to the creation of compelling electric vehicles, but then lay intellectual property land mines behind us to inhibit others, we are acting in a manner contrary to that goal.’

Currently, electric vehicle sales remain less than 1% of the market. Opening up the technology is expected to increase competition and bolster both the lithium-ion battery and electric vehicle markets as a whole.

‘Aggressive patent litigation is ultimately detrimental to the ability of an entire industry to develop new technologies,’ says Catherine Tucker, associate professor of marketing at Massachusetts Institute of Technology, US. Tesla´s position might also support creation of an industry standard. 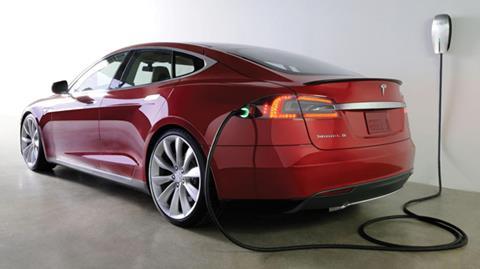 Koert Groeneveld from car giant Daimler, a Tesla investor, says that standardising infrastructure is the biggest hurdle the electric vehicle market faces. ‘Tesla’s proposal is an interesting idea. However, we think standardisation should not be defined by one manufacturer, but in a joint effort between manufacturers, politicians and energy distributors.’

Tighter regulations on automotive emissions are also making it more attractive for manufactures to switch to electric alternatives. Transparency Market Research expects the global market in lithium-ion batteries to reach $33 billion (£19 billion) by 2019, up from $12 billion in 2012.

Much of that growth is expected in the Asia Pacific region, where industry has unveiled significant plans for expanding supplies of lithium-ion batteries. South Korea based firms Samsung SDI and LG Chem are both looking to build new battery plants in China. Tesla itself is planning a $5 billion ‘gigafactory,’ which it says will produce more lithium-ion batteries annually by 2020 than worldwide production in 2013.

Concerns remain over capacity in the lithium-ion battery market, with fewer than 30 producers worldwide. ‘The market is currently fragmented between different cell chemistries and configurations, many of which are still costly and not at full scale,’ says Jay Whitacre, a materials scientist at Carnegie Mellon University, US. However, he points out that Tesla’s batteries are made from thousands of small cells of the type used in laptop computers, which are already produced at commercial scale. The scale of the gigafactory will give Tesla an economic advantage as its cells will be the cheapest in the world. ‘It is the economics and necessary scale of production that will keep competitors at bay, not fear of patent lawsuits,’ Whitacre says. ‘While I do think it is a nice gesture by Tesla to open its patent portfolio, it seems to be largely a PR move and should have little to no significant impact on their competitive stance.’