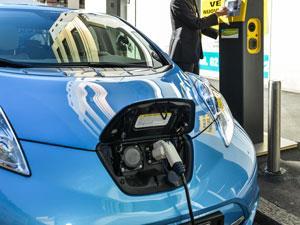 A non-stop trip from London to Paris in an eco-friendly car could soon be possible, if powered by the latest lithium–sulfur battery created by scientists in the US. The new batteries hold more than double the energy of ordinary lithium-ion batteries weight-for-weight and see little drop off in performance even after being recharged 1500 times.

Lithium-ion batteries dominate the market for electric vehicles, but aren’t able to meet consumer demand for car that can travel more than 300 miles on a single charge. Lithium–sulfur cells provide a promising alternative to conventional lithium batteries, but haven’t made it into electric cars because of the rapid deterioration of the battery.

Elton Cairns’, and colleagues at the Lawrence Berkeley National Laboratory in California, US, new battery may be the answer to the range anxiety problem that still dog electric cars. His lithium–sulfur graphene oxide cell should hold enough power for electric cars to break the 300 mile mark in a single charge. ‘The main advantages of these cells are very high specific energy, estimated to be more than 400W·h/kg versus 200W·h/kg for lithium-ion cells, high rate capability, better safety and lower cost than lithium-ion cells,’ Cairns says.

Previously, scientists have had trouble with lithium–sulfur holding less and less energy each time they’re recharged. ‘The capacity degradation is largely the result of the solubility of the intermediate reaction products, lithium polysulfides, in the electrolyte,’ Cairns explains.

To tackle this problem, Cairns sandwiched the sulfur electrode between an immobilising inner layer of graphene oxide and a protective outer layer of cetyltrimethyl ammonium bromide to stop polysulfide intermediates forming. Further sulfur loss to intermediates was mitigated by applying this new electrode to a combination of pre-existing concepts, such as using an ionic liquid based electrolyte to minimise the solubility of the polysulfides, and an elastomeric styrene butadiene rubber/carboxy methyl cellulose binder to prevent structural degradation of the cathode.

‘The work comes a long way to significantly improving the performance of the lithium–sulfur cell, showing that several factors needed to be simultaneously optimised to do so,’ comments Linda Nazar, an expert on energy storage materials from the University of Waterloo in Canada.

Cairns and his team now plan to optimise the electrodes with a view to commercialising them and assessing the cost of the materials to see if the batteries could make it on to the market. ‘Possible applications include cell phones, laptops and other portable electronics, plug-in hybrid cars, battery powered vehicles and perhaps stationary energy storage for wind and solar systems,’ Cairns says. However, those keen on long eco-friendly road trips may have to wait a little longer, as he thinks electric vehicle batteries ‘are several years away – we need further development and large size scale up’.